They call it a heartline roll. An engineering flourish that can spin you 360 degrees without slowing the roller coaster, it’s so called because it takes the centre of your chest as its axis, spinning you like a propeller around your most vital organ. And then does it again, backwards.

At least that’s how it goes on an impulse coaster, which hurls you out of its station and up a vertical spiral using a magnetic propulsion system. Gravity brings you back down, then the magnets give you another kick as you pass back through the station, so that you can perform an identical roll on the other side. Repeat… ad nauseum.

You can see them for yourself, if you look closely – the large electromagnets that power Planet Coaster’s impulse ride, embedded in its station. They don’t need to be there, per se: developer Frontier’s coasters don’t rely on real forces, only the malleable physics and animation of videogames.

The fact that they’re there at all speaks of a dedication to realism which, over the past two years, has helped build the game a following of ride-or-die coasterheads. 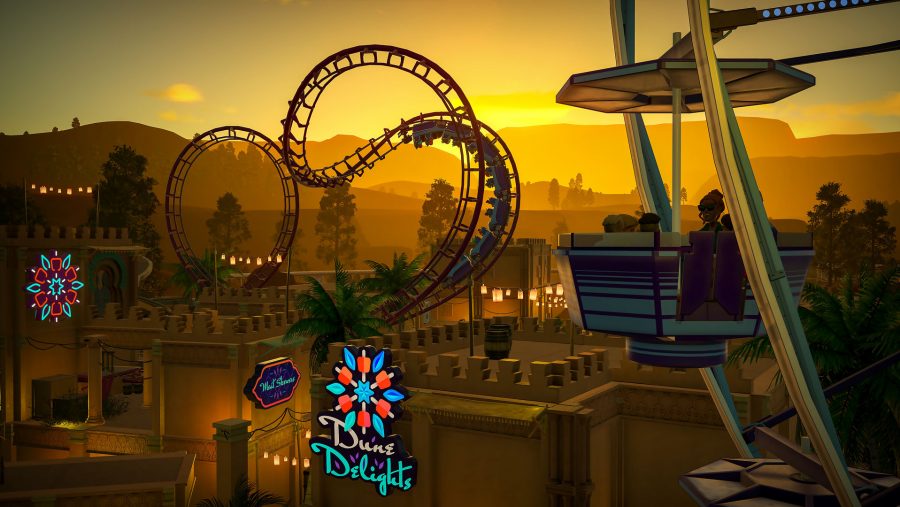 “One of the staple communities for our game, which we picked up from previous titles, was the coaster community,” lead artist Sam Denney tells us. “Those guys really drove a passion of mine, which is the engineering side of things, and a kind of grounded realism our game has. So you make sure that all the nuts and bolts that connect these rides are all there.”

People appreciate when you can feel the grease and the dirt

Back when the project was young and its team still growing, Denney would give new colleagues an induction into his world – an hour-long presentation about the functions, behaviours, and mechanisms of the rides that gave Planet Coaster its name.

“They’re all specific and there are lots of different details that make them stand out from one another,” he enthuses. “Some of them actually have inbuilt articulation, some are hydraulic, some of them are pneumatic. Others have linear induction motors, like magnetic launch, or are just gravity coasters. There’s so much to learn, so I’d hand out this doc and sit there.”

That’s even before you get to the shapes that define the character of a coaster – the mobius loops, hammerhead rolls, demonic knots, non-inverted helixes, and inclined dive loops. All have different ways of affecting the body, and the art of invoking a specific feeling in the rider is a marriage of science and entertainment.

“We do all our homework,” Denney says, pointing to a hydraulic launch coaster on screen. In real life, this Swiss-pioneered system achieves fast yet smooth acceleration with the help of a giant winch. The winch is connected via a cable to a catch car – a device in the centre of the track which latches onto the train. When the cable is rewound at speed the riders are catapulted forward. Sure enough, the catch car is there, recreated in Planet Coaster.

“You would only notice if you were one of these guys who are really into coasters,” Denney says. “That was a lot of code effort, surprisingly. But it’s that little detail that we were really interested in.”

“I watched a documentary to build that track,” senior artist Danielle Phillimore adds. 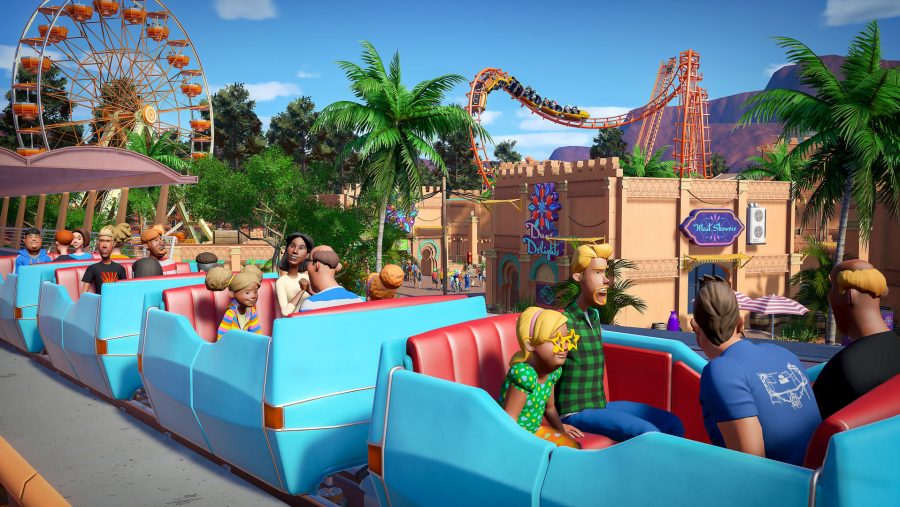 The team are perhaps most proud of their wooden coasters; a challenge so great they put it off as long as possible. “When we released the alpha, we didn’t have any wooden coasters in there,” Denney recalls. “They were the elephant in the room for so long. It’s one of those things that’s so big and so obvious, but you don’t want to do it because you know it’s going to be really painful.”

Our bosses are very understanding about our passions

Less than a year before launch, Denney spent four months writing out and prototyping wooden coasters, dedicating himself to the humongous engineering problem they represented. To appreciate it now, you only have to start laying out a wooden track in-game and watch the way its supports bend to your will – a gigantic lattice of interconnected pieces, twisting in mathematically bewildering ways.

“This is the sort of stuff that the player normally takes for granted, but we insisted on it being there,” Denney says. “Our bosses are very understanding about our passions for these things and they let us do it.”

The authenticity has not gone unnoticed. Cedar Point, the internationally famous park in Ohio, worked with Planet Coaster to debut the hybrid wooden ride Steel Vengeance – the tallest, fastest, and longest of its type. The roller coaster appeared in-game even before its real life opening last spring.

“It was a dream come true, because we’d been nerding over coaster design,” Denney says. “People appreciate things more when you can reach out and almost feel the grease and the dirt, the nuts and bolts that connect it all together. I am one day going to write a book, because I know so much about these things.”