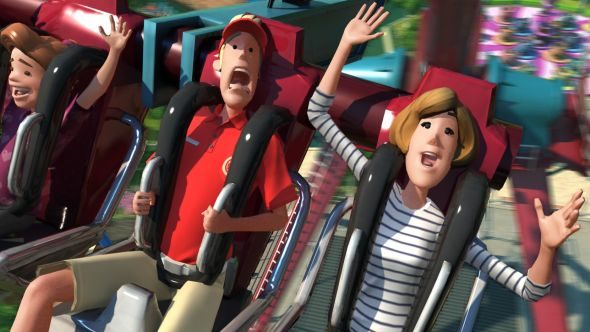 The Rollercoaster Tycoon spiritual successor Planet Coaster is nearing release and now has a final go-date – November 17. It still has various beta phases to move through first, but as of August 25 the pre-order price will be going up.

All the rest of the news from Gamescom on our front page.

This news comes out of Gamescom, via Eurogamer. It’s currently on the Frontier store for £19.99, but will launch at £29.99. This increase will take place on August 25, when the next phase of Alpha launches.

Beta will go live shortly before launch, and Steam listings should pop up soon. There’ll be the option of a slightly cheaper normal edition, according to EG, for £26.99 and equivalents, or the ‘Thrillseeker Edition’ that gives beta access and some extra goodies at the normal price.

But rather than worrying about all that, you can just pick it up on November 17.