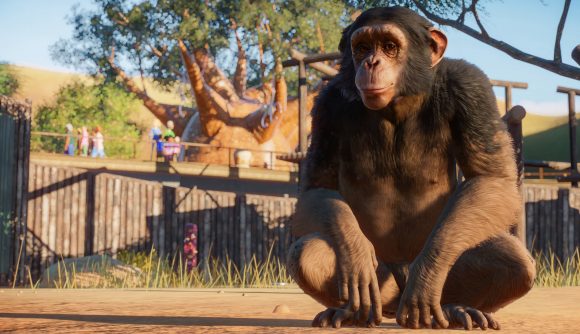 Planet Zoo will let us manage the commercial menageries of our respective dreams in just over a month, and eager players who’ve pre-ordered the deluxe edition have already been toying with a beta release. But there’s one big change between this preview and the full release – following feedback from beta players, Planet Zoo will have a whole new mode on its release date.

Well, “whole new mode” might be overstating it. Planet Zoo’s new Franchise mode basically splits the difference between sandbox and career modes, as it gives freedom to build your zoo indefinitely but requires you to manage your economy, guests, and animal needs in certain ways. It also lets you trade with other players, engage in community challenges, and hit the leaderboards – so it’s online-only.

But now, Frontier plans to add an offline version of Franchise mode – which, given how it’ll be missing some of that mode’s features, will be billed as a fourth mode with a new name.

“This new mode will still include a full economy with both dollars and Conservation Credits, guest needs, Research, Education, animals and more all with the ability to create your zoo, with your vision from the ground up,” Frontier says in the announcement.

Planet Zoo officially launches on November 5. If you just can’t wait, the pre-order beta will be live until October 8.