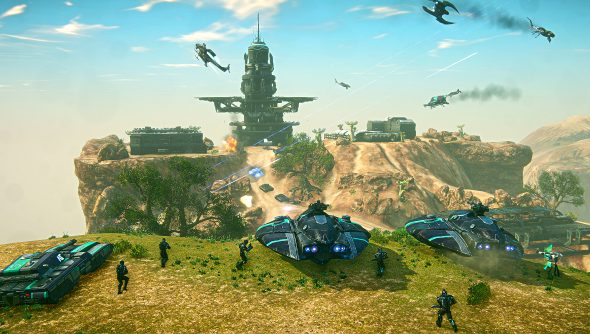 The continents of Auraxis, the war-torn world of PlanetSide 2, will soon be filled with the sounds of hammers and saws. Base building is coming to the game, along with an overhaul of the continent of Indar, AI base turrets, changes in resources and a new victory point system.

You can see the future of PlanetSide 2 below, in the third anniversary stream.

The construction stuff is expected to hit the test server by the end of the year, with it launching in 2016.