Even eight years after it launched, there’s still nothing else quite like PlanetSide 2‘s massive scale, ongoing sci-fi battles. Other shooters have certainly borrowed ideas from the free Steam game over the years, and now, Rogue Planet Games is borrowing something in return: the seasonal narrative system popularised by Fortnite. Today, Rogue Planet Games has announced The Shattered Warpgate, a new seasonal campaign system that is aimed at giving players a new way to experience PlanetSide’s story and lore.

The Shattered Warpgate update will be available to play for free on the PlanetSide 2 public test server starting “soon”, Rogue Planet says. You’ll be headed back to the frozen world of Esamir, which has been torn apart by some kind of technological apocalypse. As the season progresses, you’ll be able to take on new missions to discover the cause of the calamity.

It’s a new approach for PlanetSide 2, which has traditionally been hyper-focused on its squad-based combat. That focus, in fact, has acted as a barrier to entry for new players at times – being able to jump in and understand what’s going on could be extremely difficult if you wound up with a bad drop.

“One thing that our new system does is allow us to offer these slower paced forms of gameplay for new players,” PlanetSide 2 lead designer Michael ‘Wrel’ Henderson tells us. “It gives them less intense forms of combat to participate in, and we get to kind of guide them along a path that we feel is probably a proper pacing.”

This will be the first time PlanetSide 2 has brought its underlying lore to the surface as gameplay – prior to this, the background and setting of the FPS game were largely constrained to flavour text on items or other menu screens. Now players will be actively taking part in a narrative set in the PlanetSide universe.

The Shattered Warpgate introduces new weapons, gear, the new mission system, and adds a moving energy storm that players will have to reckon with when planning attacks or defences. Rogue Planet Games says this is just the start – each new season will introduce another new campaign, and each of those will add another slate of new content and changes to existing maps. 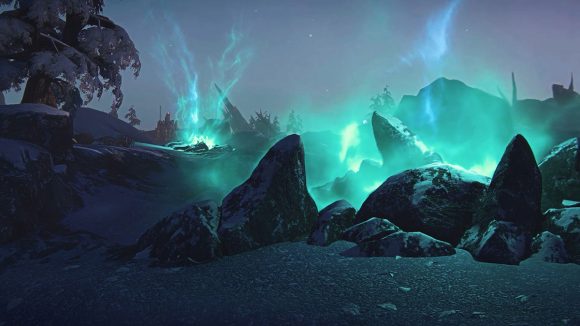 Henderson says the PlanetSide 2 team has taken an eye to making the new player experience more friendly, watching what other games have done to improve on that front. “Warframe completely revamped the new player experience probably three times,” he says. “Eve Online, a completely new experience, and a whole bunch of other games as well. It’s a problem that I don’t think anybody knows exactly how to solve just yet, but a lot of people know that something’s wrong. Our community has been the best advocate for keeping players into the game.”

Henderson says Rogue Planet’s data shows that players are far more likely to continue playing PlanetSide 2 if they join outfits, which are PlanetSide’s version of guilds. That’s led the studio to look into developing more ways to support outfits and encourage new players to join one during their first couple play sessions.

But what will also help draw new players in is the new approach to narrative. “If you look at the lore, way back, there’s certain characters who have interacted with these ancient objects and gained telekinetic powers or the ability to speak telepathically, and they have some sort of connection to this ancient race,” Henderson says. “We wanted to explore that, and we wanted to evolve the story without making things feel too matter-of-fact. So, definitely mystery and exploration – those are the keys that I think our game doesn’t really touch on.” 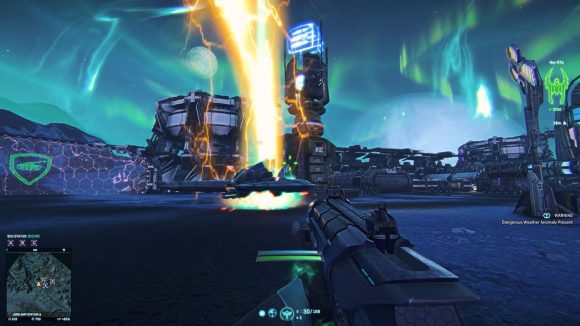 That’s all about to change. “We want to move forward and be able to explore these concepts and let the players know that this world is living and breathing, and you’re not necessarily the masters of your own fate,” he says.

When the Shattered Warpgate arrives on the PlanetSide 2 public test server, Henderson and the rest of the team at Rogue Planet will be paying close attention to players’ reaction.

“Maybe we don’t get it right at the start,” he says. “That should be expected, these sorts of things can happen. We’ll have to take the community’s sentiment and hammer it into something that feels like it not only fits within the game world, but makes you feel good about the game … Ideally, I think the goal is to make it feel like it should have been there in the first place.”