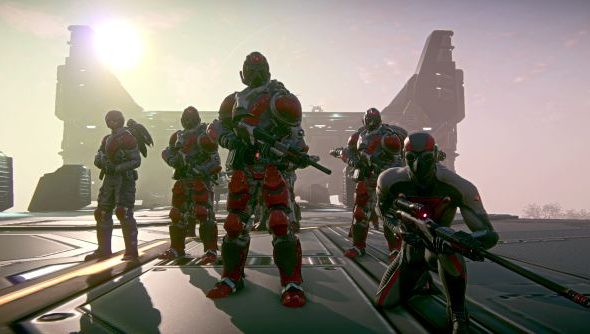 According to statistics released by SOE last week, which were then picked up by the ever-vigilant Polygon, Planetside 2 has had more than 1.6 million people sign up for the game and more than 250,000 players turn up every day to play.

Speaking to Polygon,SOE’s president John Smedley said”We deliberately made the game, the core game, so that without paying us a dime is fun and free. In fact, most of the starter weapons are some of the better weapons. We wanted to do right by the players. Our thought was if we make a fun game and put cool stuff in it to buy, the ones who really like the game will buy it.”

It seems to have worked. Though whileSOE may be comfortable sharing the number of people who have registered a free account and how many are playing regularly but they aren’t revealing how many of those players are starting to put down real money.