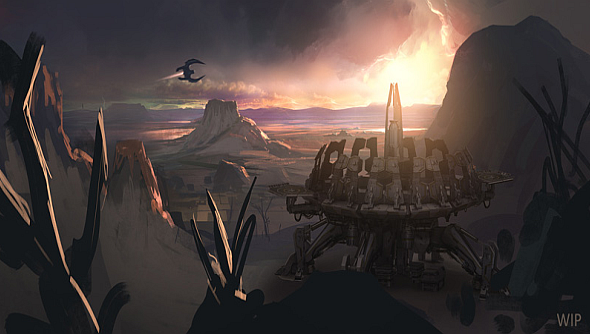 Chaos reigns in Planetside 2 as a “cert point grant” system that was designed to compensate players who bought weapons prior to the new account-wide unlocks has gone haywire, resulting in some players totalling over 160,000 cert points. This has played havoc with everything from new characters being able to buy every upgrade possible, to leaderboards collapsing under the weight of the sudden cert injection.

As a way to compensate players for the extra Station cash they spent on these now-useless duplicates, a charitable cert grant was issued. This cert grant would be issued at a ratio for two cert points for every Station cash that was wasted on a duplicate item. Here’s an example from Planetside 2 Developer Matt Higby from a response to the matter:

“If you have two TR characters and bought MAX composite armor’s on them both, you would have spent 1000 SC on a duplicated item on your account, and we will have granted your characters 2000 certs this morning.”

However many players who logged on this morning have reported vast amounts of cert points being credited to their account, far more than the above mentioned rate. It seems players who didn’t even purchase duplicate weapons have also received additional cert points.

SOE are trying to figure out a solution to the fallout created by the abundance of certs, but have stated that a rollback won’t be an option.

“We are investigating why, but right now it is our mistake and we won’t be ‘confiscating’ or rolling back characters which received certs.” said Matt Higby.

Seeing as this has effectively turned Station cash into cert points, some of the community are throwing around the term “Pay2Win”, something that was rejected in the Planetside 2 manifesto. We will be keeping an eye on this to see what SOE come up with, and how this explosion of cert points affects the game.