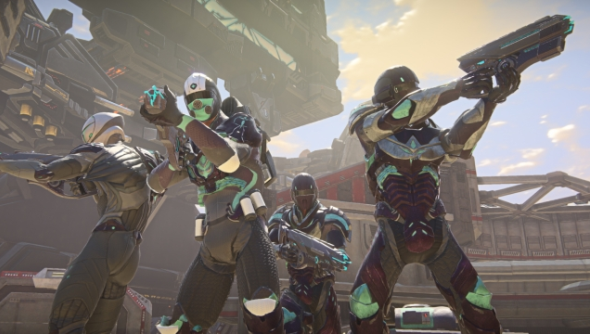 “Haruhi at http://artificialaiming.com  was just banned,” announced SOE boss man John Smedley to just about everybody on Twitter last night. “All 3 of his accounts. Goodbye you scumbag. Find a new hobby or get good at the game.”

Astute followers picked up on his seething tone, and this is what he had to say.

“Bah. I have no hacker hate. Actually I just don’t like cheaters. No ill will to the guys that try,” clarified Smedley, sort of. “Use it.. we’ll find you. We’ll find your family. We’ll hunt you down.

“Or maybe I’ve been watching the trailer for Zero Dark Thirty too much,” he added. “Seriously we’re on this.”

They’re on this. Okay?

SOE recently clarified their mod policy, which forbids the use of all third-party programs with Planetside regardless of colour or creed: “We do understand there are relatively harmless apps that fall in this category, but if we allowed those they would simply be used as a shield excuse by players trying to cheat.”