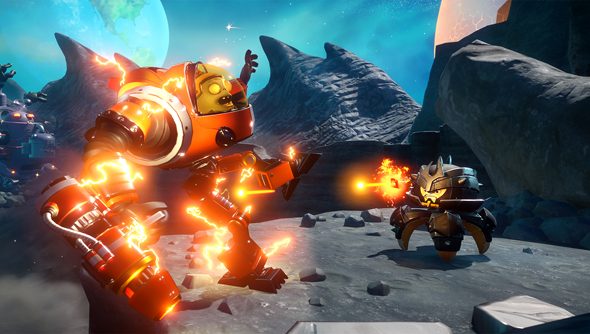 Class-based online shooter Plants vs Zombies: Garden Warfare 2 just announced a new solo mode at Gamescom 2015. Popcap revealed the Backyard Battleground: a hub area with characters to interact with, missions to take on and portals through which you and your friends can jump into online play.

Also announced was a Mass Effect cross-over in the form of a Z7 Mech pre-order bonus, and probably the cleverest pun they’ve managed to date: Colonel Corn.

Colonel Corn is one of three new plant classes announced. His air-support abilities arrive alongside Rose, who can drop time-slowing bubbles and transform zombies into goats, as well as Citron, a segmented, time-travelling orange who can roll around and generally look quite tasty.

Plants vs Zombies: Garden Warfare 2 launches on PC early in 2016.