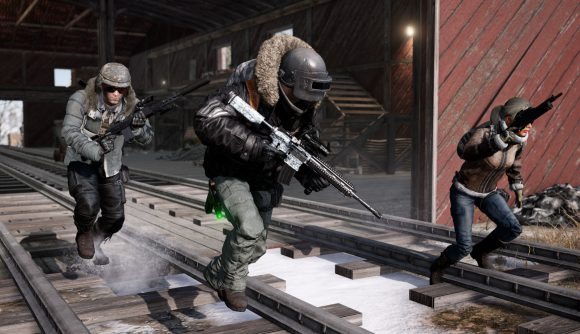 A recent update to PlayerUnknown’s Battlegrounds seems to have made footsteps audible at significantly increased distances in most cases, making sneaking up on opponents much more difficult.

PUBG YouTuber WackyJacky101 noticed that something was off with the sounds of footfalls since the Vikendi map launched, and he decided to test it out for himself. If his results are accurate, it seems that the audible range of running and and sprinting has been increased to nearly 60 meters, making player movement significantly noisier.

WackyJacky tried each movement mode out on the same piece of terrain, and also tested to see if there were differences if the player was barefoot or on snow – he found there weren’t. He posted a listener at a stationary point, and had another player move away from that point using each means of movement – standing spring, crouching sprint, standing run, crouching run, prone crawl, standing walk, crouching walk, and slow prone crawl.

He compared his recent results with the same test conducted in March 2018 and found the ranges had increased markedly for certain movements. The biggest changes seem to have hit sprints and the standing run. Whereas in March a standing run could be heard up to 40 meters from a listener, now the sound is audible up to 56 meters away.

Here’s his video, which shows each testing iteration and provides some analysis on how the changes impact gameplay: 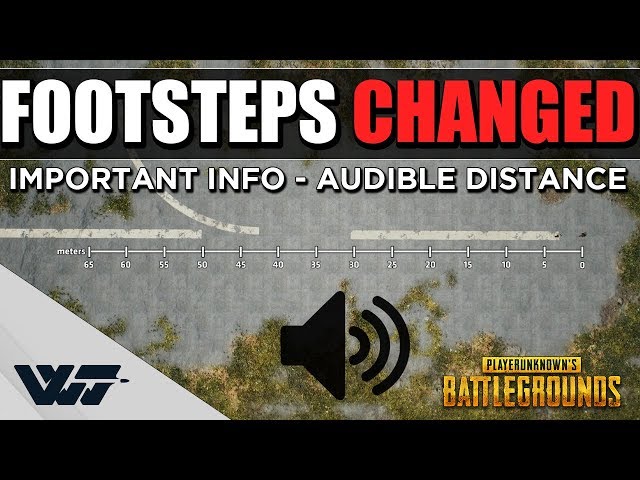 It’s a pretty convincing test in my book, and WackyJacky101 is well-regarded by the PUBG community.

King of the hill: Here are the best battle royale games on PC

Obviously, this makes sneaky strats a lot less viable, and it’ll mean everyone has to rethink the way they’re approaching buildings that might be occupied, and how to scan for enemy players. Sixty meters is a long way to be able to hear footsteps, and it’s unclear why PUBG Corp felt the need to make this particular change.

Fortunately, this does not impact my own preferred strategy of hiding in the bathroom until it’s mostly over and then immediately getting shot.