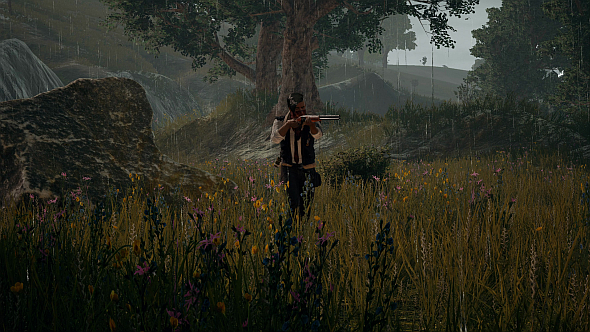 PlayerUnknown’s Battlegrounds has received an emergency update to fix a few annoying bugs and one game-breaking one. The so-called ‘double reload’ and ‘immortal revive’ bugs should now be fixed, and problems with leaderboards should also have been solved.

If you do your gaming with other people, check out the best multiplayer games on PC.

Servers went down yesterday to apply the update, which seems to have been a success:

Server maintenance is now complete! The double reload & immortal REVIVE bugs should now be fixed! Thank you for your patience!

Issues with leaderboards and lost game data have also been addressed.

These new bugs were introduced with Battlegrounds’ first monthly patch since its early access launch, which was applied on April 20. The double reload bug occasionally required players to reload their weapon twice before getting the bullets they should, while the immortal revive bug was rather more serious; when reviving a teammate, if timed correctly, players could render their teammate immobile but invulnerable. This basically guaranteed their team a victory.

Battlegrounds has also introduced custom games, though for now only streaming partners can start lobbies (you can join lobbies started by partners, though). According to PvP Live, the developers aim to open custom games up to all players once they’ve been tested more thoroughly. The feature is already well-developed, however, with a range of options such as first-person only and pistols only.

The notes for Battlegrounds’ first monthly patch are available on Steam here. Highlights include a new SMG, motorbike with sidecar, the reintroduction of the crossbow, and a huge range of balance changes, UI improvements, quality-of-life tweaks and bug fixes (including for one that cause bald characters to have hair, which is frankly cruel).