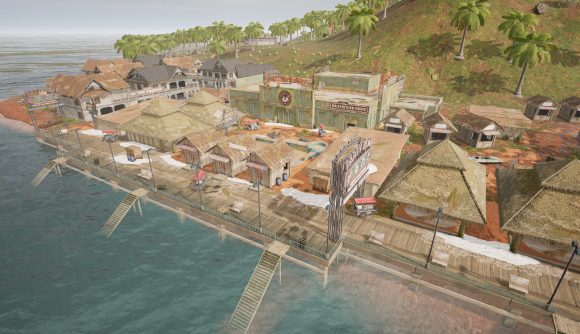 First-person duos is expected to be removed from PlayerUnknown’s Battlegrounds in North America at some point in the near future. According to developers, taking the mode out of the battle royale game would allow for the “optimal” configuration.

Speaking on Twitter, Brian Corrigan, head of PUBG in North America, discussed plans for changing the mode selection in the region. Following on from an earlier survey on potential changes, he updated with the current gameplan. From discussing with almost 50 players and partners, as he and the team see it, the optimal NA setup on PC for normal is third-person-perspective solo and duos, and third-person and first-person-perspective squads. Ranked would be first-person only with solo and squads, and then customs.

Part of the strategy is to merge duos into squads, where players can team up anyway. In the replies, Corrigan and community manager Henry Guild elaborate on the thinking, where it was revealed one specific reason is to help optimise queuing. “We understand many duo players aren’t necessarily jumping into squads when they can’t play duos,” Guild wrote in one reply. “At the same time, we need to make some tough decisions with the intention of increasing the health of other queues, namely squad ranked.”

Corrigan also suggests that ranked solos will be testing a new ruleset. The multiplayer game‘s esports competition Continental Series Two is currently underway, with a Pick’Em challenge and esports shop for viewers.

Add random weighted map voting, so players can vote at the beginning of a match. (Read next tweet for explanation)

PUBG Season 8 started last month, bringing a truck-full of loot, and some mysterious ne’er-do-wells you can track down. It crossed 70 million sale over three years in July, and if you’re considering getting lock-and-loaded and dropping in for a round, we have the best PUBG weapons, and a list of PUBG tips to help you along.