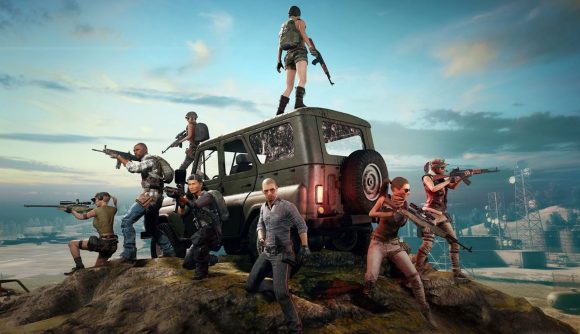 The playership for PUBG has been on a downturn for some time now, and when you do the math, the current numbers are a shell of what they once were.

Since audience data on PC is publicly available, a Reddit user decided to work out just how far the battle royale has declined. Going by the most recent stats available on steamcharts.com, the average for the last four weeks has been 288,848 players. At its peak, in January 2018, PlayerUnknown’s BattleGrounds was drawing 1,584,886 players. The percentile differential between those numbers, if you don’t have a calculator handy, is 82%, meaning the current 30 day average on PC is less than 20% of PUBG at its highest.

That’s a massive drop no matter what way you look at it. A few factors have contributed – Fortnite just dominating the battle royale space is probably the biggest. Being free-to-play made Fortnite a very appealing alternative, not to mention the more colorful approach, and Epic’s constant updates that have kept the experience inventive for players. It doesn’t help that many members of the PUBG community feel they aren’t being listened to, constantly trying to get developers PUBG Corporation to fix server issues and other errors.

The esports scene is a bit worse for wear, too. Many major organizations, like Team Vitality, Cloud9 and OpTic, have already retired, and more might be on the way after a deal for sponsored skins at the Global Championship fell through.

That said, there’s still several American teams in the PUBG Global Championship. Tempo Storm, Ghost Gaming, and Lazarus are among those that qualified.

The PUBG Global Championship starts in November, with the grand finals occurring November 23.