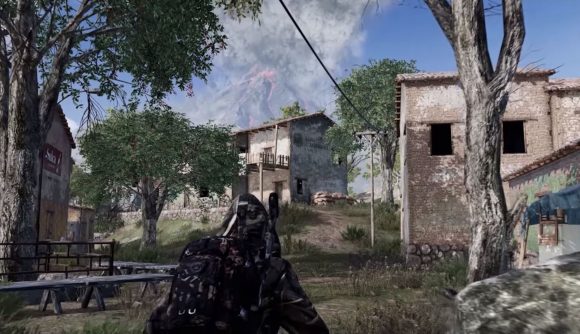 While PUBG’s Paramo map was only introduced at the start of Season 9, that season’s now coming to an end, which means it’s being removed very shortly. At 3x3km, it was one of the battle royale game’s smallest maps. It’s unique, too, as it changes every single match and has an active volcano you need to be wary of.

PUBG’s Season 9 ranked mode ends on December 16 once servers go into maintenance, according to the game’s Season 9 ranked rewards announcement, so it looks like you have about two weeks to give the map a go before it’s gone forever. Around the time of the Paramo map and Season 9 release, PUBG also launched an official lore website, which has provided an extensive background to the map if you would like to learn more.

PUBG Season 10 begins as soon as maintenance ends on December 16, at which time you will be able to collect all of your hard-earned Season 9 rewards. The details on what Season 10 will bring haven’t been announced yet, but we should get a launch trailer and details on the rewards closer to release.

On Twitter (below), PUBG Corp. has announced there’s only a “few more days” to get stuck into Paramo, so it’s not clear if the map could exit the game earlier than the conclusion of Season 9’s ranked mode, however. Either way, it’s worth diving in now if you’re keen to give it one last hurrah.

Season 9 is coming to an end and so is the map 'Paramo. With only few more days to enjoy 'Paramo', now is your final chance to adventure around the highlands. pic.twitter.com/22jE8pnwN0

For more PUBG goodness, take a look at our guides for the best PUBG weapons and PUBG glider spawn locations.