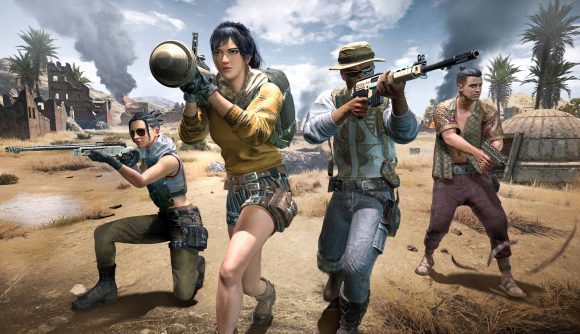 PlayerUnknown’s Battlegrounds discarded its original competitive league system late last year, following a string of setbacks and bad news: esports organisations were pulling out, viewership and player counts were down, and the revenue-boosting branded skins were cancelled. Now, some PUBG pros are predicting that 2020 will be a ‘make or break’ year for the game’s esports scene.

Keiron ‘Scoom’ Prescott spoke with our sister site The Loadout about where he sees PUBG pro play heading in the next year, and the tumultuous year it just wrapped up. In Scoom’s view, PUBG Corp’s experimentation with the league format has led to a wasted year of development and audience growth, but he still believes the game can foster a thriving competitive scene – but this may be its last shot.

Scoom left Team Liquid and signed with Reciprocity in late 2018, but after Rec failed to qualify for the PUBG Global Championship the following year, PUBG Corp. announced there wouldn’t be another league, and Rec’s team had to dissolve. Now, Scoom has to work out his next steps, but he is fairly confident he knows what PUBG Corp should be focusing on in the coming year.

“PUBG should have kept the same structure as it had way back in 2018, which was an open circuit in which you qualify and it was a tournament every couple of months,” he said. “I think that’s way more appealing for viewers.”

That could help staunch PUBG’s loss of viewers and players, which has gotten bad enough that it’s led to the company revising down some of its in-game community goals in recent months.

But perhaps more important than the competitive structure is communication, Scoom says.

“I still believe that PUBG is the most balanced and entertaining battle royale out there,” he said. “I really believe battle royale esports are good and can continue to be so in the future, but it comes down to the developers at the end of the day. If they do a good job in terms of communicating and marketing, it has a future.”