Christmas, in essence, is a time for catching up. Each year, people spend time with family and get all the latest updates on the lives of friends. We PC gamers on the other hand have something much more vital to do in the process of whiling away those many hours of light intoxication: we have a pile of shame to tackle.

It grows ever more insurmountable each year: saddled by the existential need to eat, sleep, and work, promising games inevitably slip by the wayside. As games get longer and more become fully-fledged ‘services’, we are increasingly encouraged to play fewer games, but each of them for longer. Nobody tells us where the extra hours are supposed to come from.

Christmas, then, is an important time for gamers. Each year, on Jesus’s special day, we can pretend to our royally-soused selves that we can conquer the heap of games we picked up in many a Steam sale, only to remain untouched. The following games are the ones you should think about releasing from their digital purgatory this holiday season. 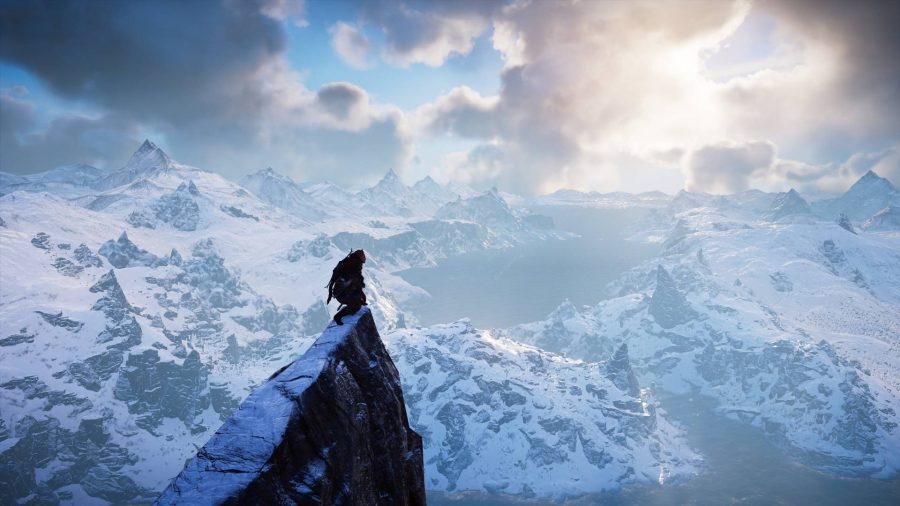 The newest addition to the Assassin’s Creed series sees you traversing the landscape of ninth-century England, and has released, more or less, just in time for the Christmas season. Whether you want to spend time building up your settlement, battling legendary animals, trying to romance an array of characters, or searching for Thor’s hammer – Assassin’s Creed Valhalla has something for everyone.

This epic open-world game has enough content to get you through the holidays and a sufficient amount of snowy and wintery areas to explore. So instead of heading outside this December, you can bundle up nice and warm inside with a hot drink and feel extra cosy and festive. Our Assassin’s Creed Valhalla review gives you an excellent rundown of what you can expect from the game, so if you are still on the fence, be sure to check it out. 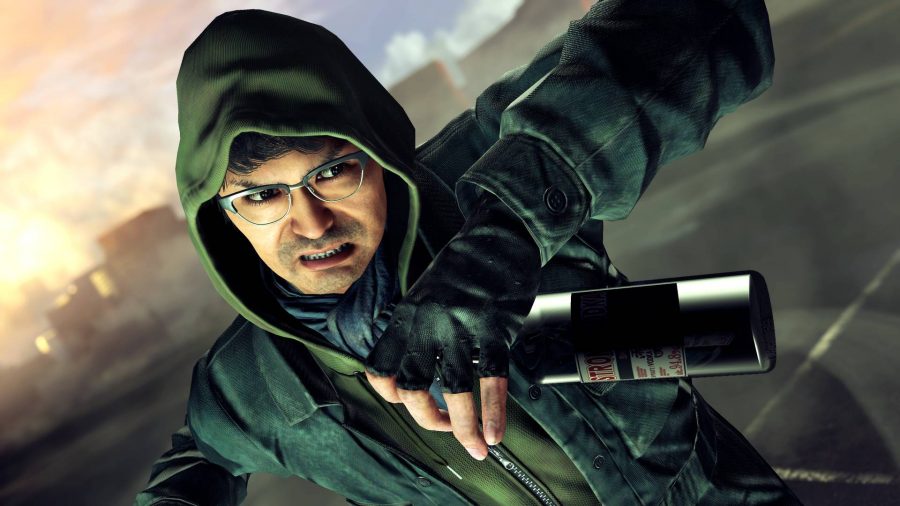 If you need a good laugh over the holidays, Yakuza: Like a Dragon is the game for you. In this turn-based game, you can explore extremely realistic Japanese locales, such as Yokohama and Osaka, while completing unique dungeons and getting fully immersed in a quirky, heart-warming story.

Yakuza: Like a Dragon also has a huge roster of mini-games to keep you occupied for short bursts of time. A full version of Virtua Fighter 5 is included in the arcade; a Mario Kart-esque mini-game that sees you riding karts through the streets of Yokohama with Gatling guns and rocket launchers. If those features don’t entice you, you can also attempt to help the main character stay awake during a movie or take to the Pachinko machines. 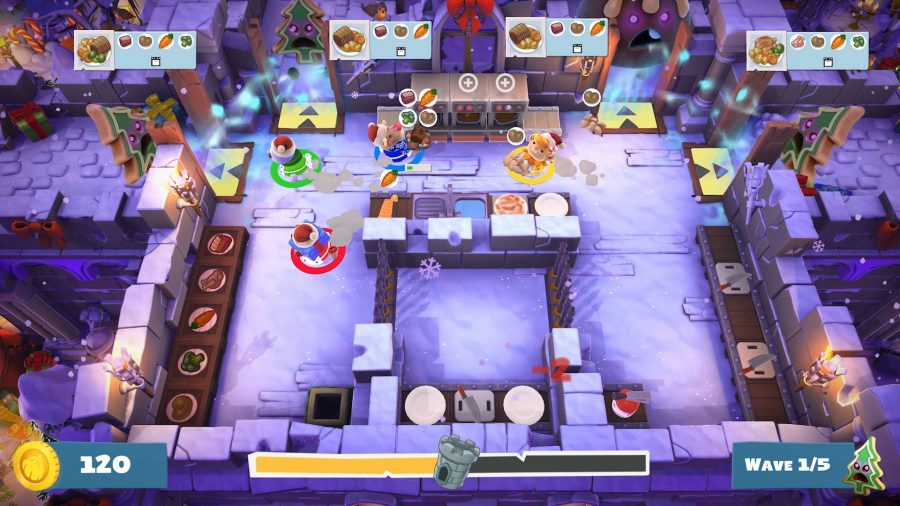 A co-op game that can make or break a family depending on how competitive you all are. Overcooked 2 has a two to four-player couch co-op mode that requires serious teamwork to bake, boil, chop, and fry for impatient restaurant patrons. Don’t be surprised if you end up shouting garbled, food-based insults at fellow players not pulling their weight in the kitchen. There are also some adorable Christmas-themed levels, so don your Santa hats and get back in the kitchen. 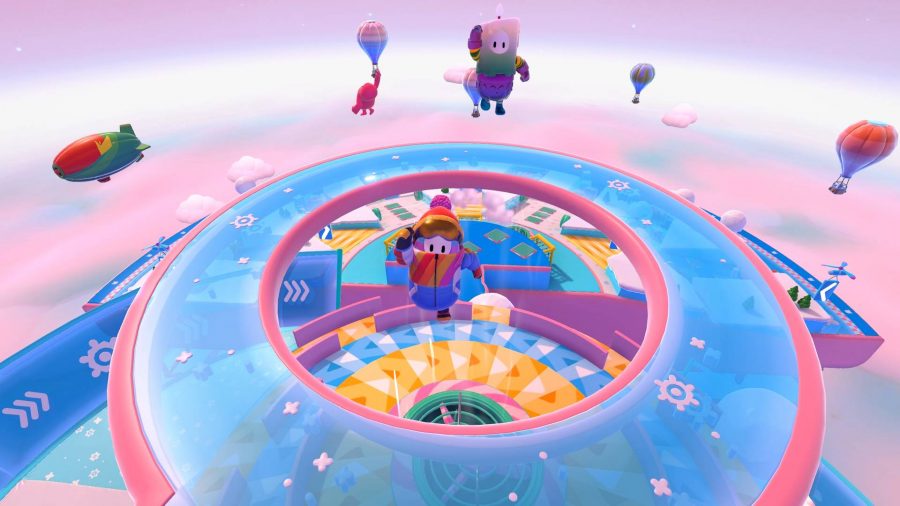 Even more competitive fun, but luckily for this title you don’t need to track down three friends or family members to enjoy the game. This battle-royale game pits 40 – 60 players against each other in numerous challenges that will have you jumping through hoops, stealing other player’s tails, and scoring goals with huge footballs. 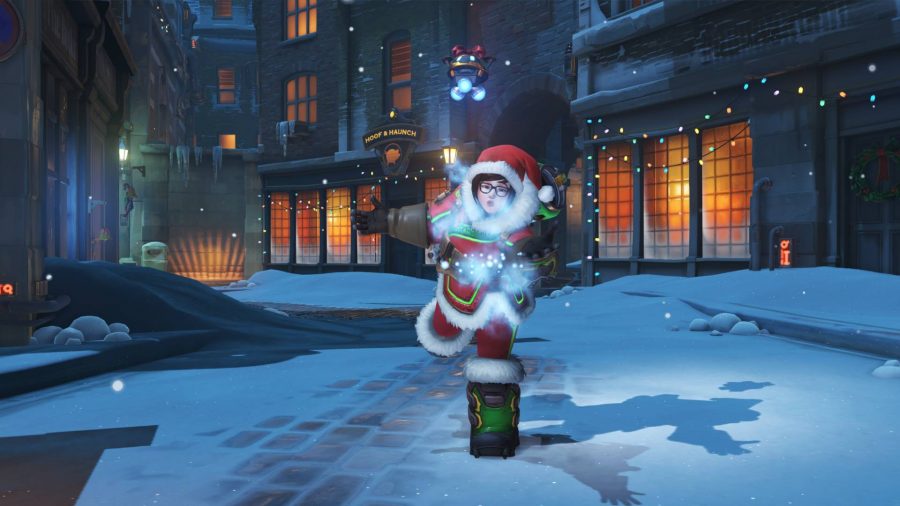 Head online with an FPS game that really knows how to get in the Christmas spirit. Overwatch Winter Wonderland brings with it new co-op modes, festive outfits for your favourite character, and snowy map reskins, all with gameplay elements you know and love from the original title. 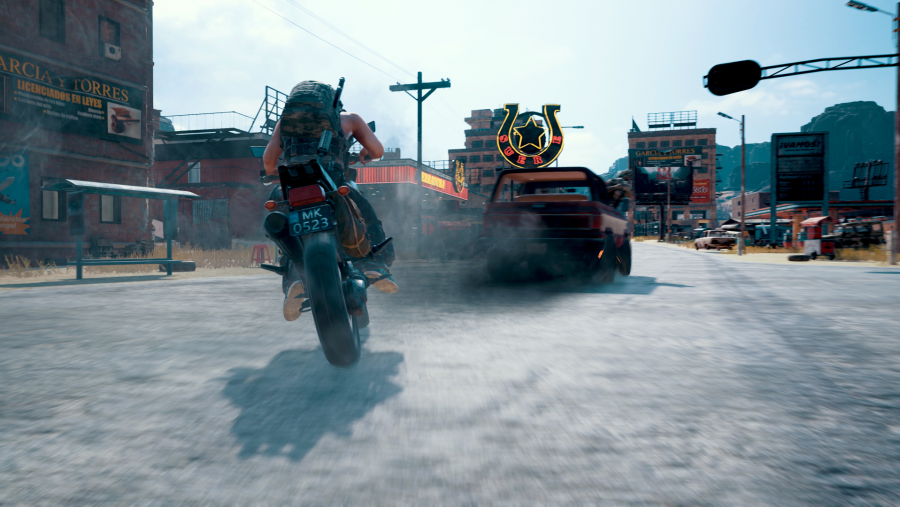 OK, so you might have to settle for chicken rather than turkey in PlayerUnknown’s Battlegrounds – or, let’s be honest, nothing at all for the most part – but there is still no finer way to celebrate Christmas than by hiding in the shadows until the bitter end. Add some sherry to the equation and that’s our Christmas day sorted, frankly.

There you have it, some Christmas games new and old you for you to have fun with over the holidays. If you are looking for games that included some snow-encrusted Christmas levels, we can help with that too.