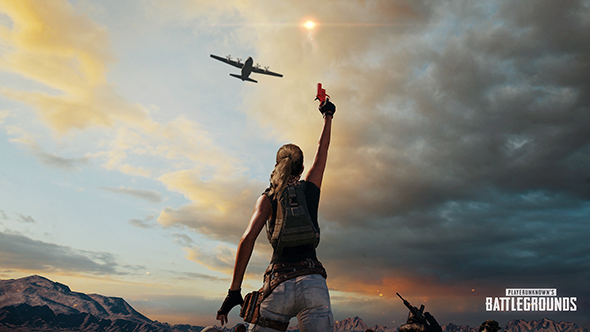 Update, March 30: The new PUBG event mode is live, dropping flare guns so you can call in your own care packages.

It’s raining supply drops in the second event mode for PlayerUnknown’s Battlegrounds. The event is already underway, adding the flare gun and allowing players who collect it to call in supply drops wherever you are. This event lasts until April 1 at 19:00 PDT / 23:00 EDT or April 2 at 2:00 GMT.

Fortnite vs PUBG – which is better?

The flare gun, first teased last week, brings down a care package to your location. You have to aim vertically for it to work, and the flare has to reach an altitude of at least 200 meters. The resulting crate runs off a somewhat improved loot table compared to the standard care package, containing some selection of these items:

You’ll find a “limited number” of flare guns in single-story houses on the map. This event mode is limited to third-person perspective on Miramar, and supports squads up to four players.

PUBG Corp specify that the new item is only available in the event mode “at this time,” implying it’ll eventually hit the regular game as well, though perhaps in more limited numbers. After the event concludes, it’ll just about be time to start testing the third PUBG map, Codename: Savage.

The announcement describes Event Mode as a “periodically changing preset Custom Game where [PUBG Corp] will be trying new things and experimenting with different game parameters.” The first of those involves increasing Squad size to eight players instead of four, and doubling rifle spawn rate.

In comparison to some of Fortnite’s Limited Time Modes, such as the Teams of 20 mode or the currently available Blitz Mode, that’s a pretty simple change. PUBG Corp acknowledge that, however, and say that “the system was only recently put together and we need to test the basics first.”

The first iteration of Event Mode will only be available in Third-Person Perspective, and only on Erangel. It’ll be an unranked mode (unsurprisingly, but PUBG Corp say you will still earn BP from your games. Event Mode will be available for everyone who owns the game, and can be accessed from the main menu. It’s currently live on the Test Server, with plans to move it to live soon.