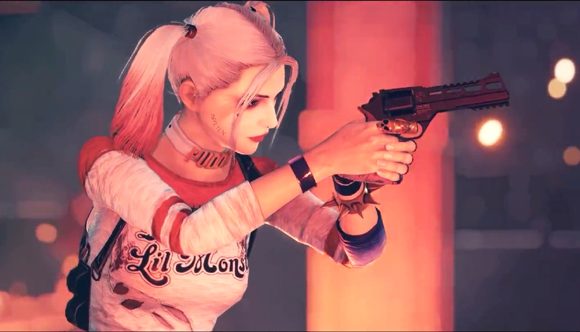 The latest update for PlayerUnknown’s Battlegrounds has brought two new skins: Harley Quinn and the Joker. Both are based on their appearances in the Suicide Squad film, and each will set you back a significant chunk of change.

The Harley Quinn collection, which features the outfit, hair, makeup, and bat, comes in at $24.99. If you buy each element separately, you’re looking at a total of about $29. It’s a similar story for the Joker. His set is $19.99, while the hair, makeup, and outfit separately cost $25.

Harley’s collection is the priciest thing currently on the store, but it’s not the only expensive item set. The Halloween collections – still available for another two weeks – will let you dress up as a mummy for $16, a killer clown for $18, or a Silent Hill-esque nurse for $21.

Expensive skin DLC is nothing new, and direct purchases are generally preferable to PUBG’s usual loot box-style cosmetic unlocks. Fortnite, PUBG’s closest competitor, also offers skins at prices of $15 or $20, but it’s worth reiterating that Epic’s battle royale is free-to-play.

Joker and Harley are the most visible parts of the latest update, but PUBG’s also got a new mode on the way called Prison Breakout. The trailer shows them breaking out of the Erangel map’s prison area, with prison guards and eventually snipers trying to stop them. It’s very different to anything PUBG has done so far, and it’ll be interesting if any battle royale mechanics actually make it to the mode.

This is, of course, not the first time a comic book villain has featured in a battle royale. Earlier this year, Avengers: Infinity War’s Thanos showed up in his very own Fortnite game mode, in which players had to compete for the right to wield the legendary Infinity Gauntlet. Sadly there were no Avengers skins included in that crossover, so we’re yet to see Black Panther and pals claim a Victory Royale.