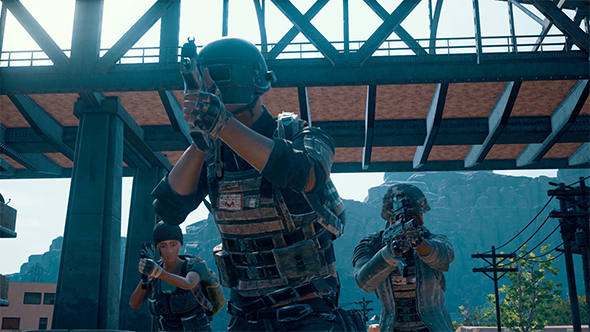 I’m going to let you in on a little secret: a mouse is a very effective way to aim a videogame gun. It’s so effective, in fact, that it becomes a competitive advantage against players using different input methods. Shocking, I know, but now keyboard and mouse players are invading PUBG Mobile, and they’re threatening to overturn the balance of the game.

Here’s everything you need to know about PUBG Mobile. Win everytime with our guide to the best gaming keyboards.

There are myriad ways to get mouse and keyboard working in PUBG Mobile. You can install the game on a Chromebook, pair Bluetooth devices to phones and tablets, or run an Android emulator on PC. There are some control oddities – notably, you’ve got to click to run – but the precision aiming more than makes up for it.

It’s not a secret, and now YouTube is filled with tutorial videos on the various processes involved. There are plenty of posts on the PUBG Mobile subreddit questioning whether or not this should be considered cheating, but it doesn’t appear that there have been any sorts of bans, warnings, or restrictions on mouse use. It’s certainly unfair, but it isn’t technically against the rules.

In theory, solid matchmaking could alleviate the problem somewhat by ensuring the most effective players – the likeliest mouse users – are playing together, but it won’t be a 100% solution. Cheaters have been an unfortunate part of the PUBG experience for a long while, but now you don’t even have to break the rules for an unfair advantage in your hunt for a chicken dinner.