PlayerUnknown’s Battlegrounds has a new map on the way, and now we’re almost certain that it’s called Paramo. Set on a plateau in the mountains of Peru, Paramo apparently holds ancient mysteries – and, we’re guessing, a bunch of guns.

In late September, a series of crates were shipped out with pieces of a stone tablet and letters referencing ‘Paramo,’ all of which pointed to a major update. Dataminer PlayerIGN tweeted pictures of one of the crates.  A wax-sealed letter from a researcher makes reference to a dig in a location called Paramo, and mentions that researchers have smashed a stone tablet into nine pieces for secret delivery. The stone shard inside the crate has lengthy lines of a mysterious language written across it, which the community is now working to decipher.

“Perhaps you’ll be able to decode it and – if you can find others like you – unlock the curious backstory of our new map for season 9,” PUBG Corp wrote in a message attached to the crates. The word Paramo is generally used to refer to a mountainous tropical region, usually in South America, and that indeed is where the map is set – in the Andes mountains of Peru.

The (in-fiction) letter also makes reference to helicopters flying over the dig site. A member of the PUBG dev team tweeted an image of some in-game helicopters a month ago, hinting that they’d soon be making their debut – perhaps as part of the new map.

Now, a new PUBG lore website has launched, and we’ve gotten a better look at the new map’s locales, along with an introduction to dogged archaeologist and occultist Burton Northrop via a ’90s-style documentary program called Mysteries Unknown, which is hosted by none other than Star Trek: The Next Generation’s Jonathan Frakes. 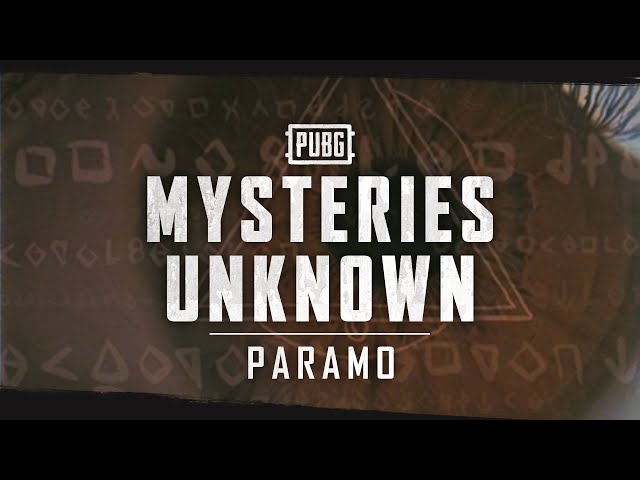 At Paramo, Northrop was apparently searching for the mythical fountain of youth, and PUBG Season 9 may indeed lead players to discovering its location – or perhaps something much more sinister altogether.

If you’re looking for more battle royale games while we await further details on season 9, you know where to click.