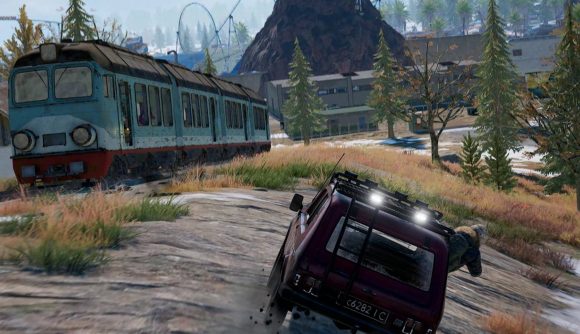 Playerunknown’s Battlegrounds recently got a ranked mode for the first time, giving the game an all-new competitive edge. As can sometimes happen in online multiplayer games, it seems PUBG’s experienced a couple of hiccups this week, with ranked match results not recording correctly and players unable to access the in-game lobby. It seems the issues have now been fixed – but it appears around 30 minutes of ranked match data has been lost, and it’s “unrecoverable”.

That’s according to a post on the battle royale game’s support Twitter channel announcing that, for PC, “We have corrected the total Ranked Points of players whose Ranked Mode matches returned incorrect RP gains after some matches yesterday.” This follows a tweet explaining there had been an issue where “Ranked Points are not properly calculated after the match”.

Following this, and linking to a June 4 post announcing the rollout of emergency server maintenance to solve “an ongoing issue preventing players from accessing the game lobby”, the PUBG support channel explains: “Please be aware, that for a brief period of approximately 30 minutes prior to emergency maintenance yesterday [June 4], an error prevented Ranked Match results from recording correctly.

“Unfortunately, the Ranked Match data lost during this time is unrecoverable.”

Please be aware, that for a brief period of approximately 30 minutes prior to emergency maintenance yesterday, an error prevented Ranked Match results from recording correctly.

Unfortunately, the Ranked Match data lost during this time is unrecoverable.https://t.co/56i5uRffw8

The good news is 30 minutes is a pretty brief window of time, so hopefully any ranked data lost that can’t be recovered won’t affect players’ rankings or results too much, but it does mean some players might need to play a little bit of catch-up if any gains made in that time haven’t been captured.

The other good news is that PUBG gets a free weekend on Steam this week, and it’s already live, so you can jump in for the low, low price of nothing from right now until June 8. Sweet! Plus, during the free weekend, you’ll be able to grab the game for half-price, in case you’re keen to keep playing once the event’s over and want to scoop a good deal.