Update, May 10: The new Sanhok map for PlayerUnknown’s Battlegrounds will be playable today, and it’s had a big update since the last time it was available.

Check out all our tips for how to win at PlayerUnknown’s Battlegrounds!

The map’s locations now all have their final names, and they’ve all received various improvements to give them a more distinct look. The developers have also added four new areas -Tambang,Lakawi,Na Kham, and Cave. We’d previously heard of this open cave system that players can parachute directly into, and it’ll be playable later today. We’ve also got the first screenshot, which you can see below. 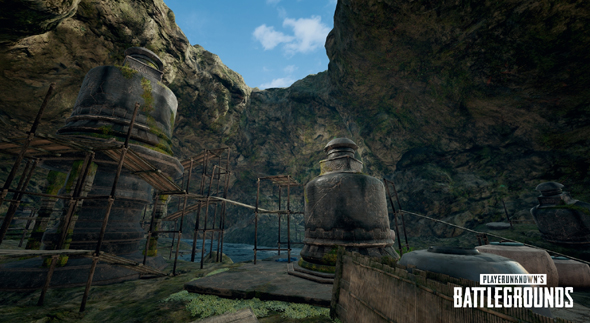 The recent weapon balance update has been applied, with further adjustments to item spawns in Sanhok itself, such as increasing the ratio of the M16A4 and AKM and decreasing the M416. There are also changes to the red zones so now they generally will not appear within safe zones. Perhaps most importantly, players can now throw apples in the opening area.

For further details you can view the full patch notes here.

Original story, May 8:The new map for PlayerUnknown’s Battlegrounds, previously known as Codename: Savage, has got a new official name – Sanhok. It’ll be playable worldwide this Thursday.

The developers announced the new name on Steam. The map is influenced by islands around Thailand and the Phillippines, and the name ‘Sanhok’ is a combination of words in Thai and Filipino (Tagalog) meaning ‘fun’ and ‘chicken’. It’s actually pronounced with the two central letters reversed – ‘sah-nok’.

Sanhok (previously Codename: Savage) will be open again for testing. Everyone who owns PUBG on Steam will have access to this round.

We’ve learned a few details about Sanhok. It’s a more condensed map than Erangel and Miramar at only a quarter of the size, which should make for a more action-orientated game. There’s a cave system which players can parachute directly into, and the developers are implementing some major changes to how the Blue Zone operates. The developers say that Sanhok is “only a couple of months away”, so get the practice in while you can.