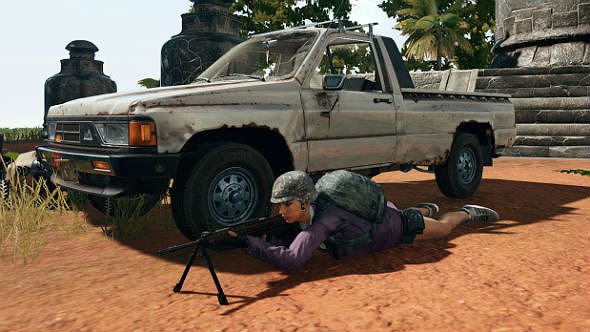 What’s in PUBG update 18? Here we have the latest PUBG patch notes to keep you up to date on Brendan Greene’s brand of battle royale.

Since the game’s 1.0 launch back in December last year, there has been a PUBG update for everything: we have had PUBG patch notes adding new features from new maps and weapons to bug fixes and tweaks. Regular PUBG updates are essential with Epic’s battle royale behemoth Fortnite sniffing around.

Each PUBG update has kept Brendan Greene’s 100-player scrap fresh, but with these changes coming thick and fast, it can be tough to get your head around them all. To help you stay in the know, below you can find everything you need to know about all the new content added to PlayerUnknown’s Battlegrounds.

While PUBG is updating, check out the other battle royale games you need to play.

The latest set of changes come in the shape of PUBG update 18, and we’ve got a new PUBG weapon and a new vehicle. Both the QBU assault rifle and Rony vehicle are both exclusive to the PUBG new map, Sanhok, and they look a treat to use. As well as some assorted bug fixes, here are the full PUBG update 18 patch notes.

We don’t know the PUBG update 18 release date, yet, but you can try out the changes on the test server. Once testing is over, all the additions listed below will go live on the main game.