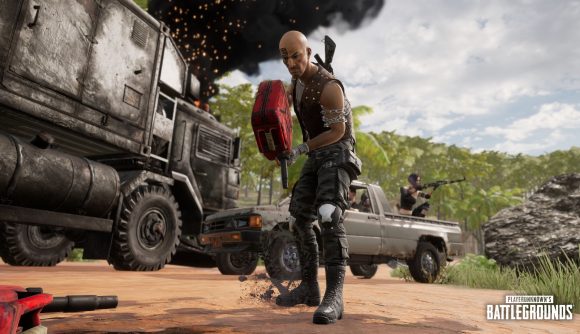 PlayerUnknown’s Battlegrounds is going to shift the focus to Sanhok in season 8, with a remastered map patrolled by heavily armoured loot trucks. It’s also going to provide a deeper look inside the PUBG ‘deep lore,’ and today we get our first peek at what that really means with a new video called ‘The Sanhok Tapes.’

The video shows a PC desktop during a conference call, and it becomes clear that the participants are discussing the Battlegrounds itself – the battle royale games that pit 100 players in a life-or-death battle for survival. There’s a lot of money involved, it turns out, and these organisers are viewing rights to wealthy voyeurs who enjoy seeing human beings fight to the death to be the last one standing.

We learn that one of the participants on the call, a bearded fellow in a Hawaiian shirt called Nelson, is the only member of the team currently working ‘on site,’ in a bunker 30 feet underground somewhere on Sanhok. As you can see in the video, Nelson does not have things quite as under control as he initially believes. 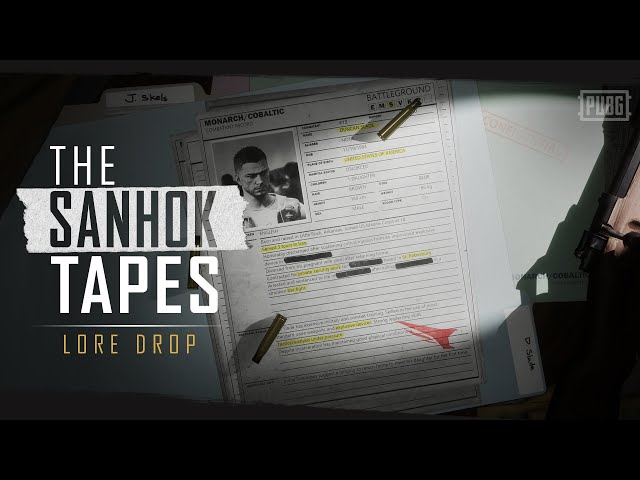 The video also introduces us to a group of characters who are certain to become important over the course of PUBG Season 8 dubbed The Sanhok Four. This group of rogue players includes Julie ‘Skeleton’ Skels, Pavel ‘Lunchmeat’ Dvorak, ‘Mad Madison’ Malholtra, and Duncan Slade, who does not have any cool nicknames on record but is an American explosives expert. They’re all wanted criminals who had been serving serious time before being recruited into the Battlegrounds.

This crew is gunning for PUBG’s organisers, presumably to include the unknown Russian-accented figure behind the entire enterprise. This spooky fellow instructs his chatting underbosses that their lives, and the lives of everyone they care about, now depends on their ability to track down the Sanhok Four.

PUBG Season 8 kicks off July 22 on PC, so use our PUBG guide to get schooled on the basics before readying up and jumping in.