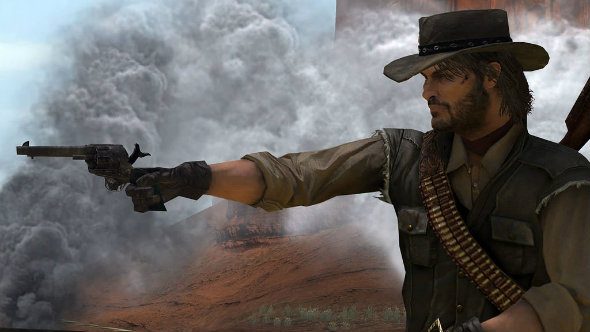 Update November 30, 2016: PC players are finally getting to play Rockstar’s open-world cowboy epic, Red Dead Redemption, if they’re willing to pay a subscription fee, as it arrives on PlayStation Now next week.

Since Rockstar clearly aren’t ever bringing Red Dead Redemption to PC via a proper port, playing it on PS Now might be your only option. Rockstar announced today that the game would join the 450+ games on the PS Now library on December 6.

Head over to the PlayStation Now site to learn more.

If you like playing the classics, our list of the best old games is just for you.

Update October 20, 2016:Ever since its release, PC players have been begging for Rockstar to release Red Dead Redemption on PC, but unfortunately it never happened. While this isn’t a proper PC release – you have to stream the game via PlayStation Now – it looks like it’s the closest we’re going to get.

The news was announced on the PlayStation Blog, where Sony announced a deal where PlayStation gets access to exclusive Red Dead Redemption 2 content.

Whether the sandbox sequel – unveiled today in a trailer – is coming to PC or not is anyone’s guess. It hasn’t been announced for us yet, but strong GTA V sales on Steam must surely mean something to Rockstar.

Here’s everything we know about Red Dead Redemption 2 so far.

If you live in North America, PlayStation Now is finally live on PC, and there’s a seven day trial up for grabs if you want to try it out.

Update August 24, 2016:PlayStation Now arrives on PC today, letting you stream from a library of 400 PlayStation games on your tower.

For £12.99 a month, you can get access to hundreds of classic PS3 games, with no need to download anything. It’s available now for PC and Mac in the UK, the Netherlands and Belgium.

On September 15, Sony will also release an official wireless dongle that allows users to hook up a DualShock 4 without the need to use third-party software.

If that all sounds good, here are the system requirements: Windows 8.1 or above, a 3.5GHz Intel Core i3 or 3.8GHz AMD A10 or better, 2GB or RAM and a 5Mbps internet connection.

The app for Windows will launch in Europe soon and will come to North America “shortly thereafter”, with Sony stating it will bring the likes of Uncharted, God of War, Ratchet & Clank, as well as PS3 hits like The Last of Us and Journey, to Windows for the first time.

“Current subscribers have a new way to access PS Now’s library of over 400 games, and the PC app provides a new way for even more gamers to discover and play the service,” details the blog post.

Along with PlayStation Now for PC, Sony has also lifted the lid on the DualShock 4 USB Wireless Adaptor, which will roll out in early September for $24.99. The adaptor will let you connect a DualShock 4 to PC and Mac wirelessly.

“The adaptor is a great match for playing PS Now on a computer, but you can also use it for PS4 Remote Play on PC and Mac,” continues the post, noting that “owning the USB Wireless Adaptor isn’t required, as you can connect a DualShock 4 using a USB cable.” How nice!