Caribbean-themed economic management game Port Royale 4 is getting its third major update – and its biggest patch yet – as part of the Steam autumn sale. The new download brings in over 500MB’s worth of changes, from declaring independence, to improving naval battles and town management.

The game has received a ‘Mixed’ rating on Steam since launching at the end of September, but in our own review we found it to be a decent attempt at reviving a classic management game series, concluding: “At a time where we are short of good management games, this colonial Caribbean experience has put the wind back in our sails.”

There are a couple of major changes coming in the 1.3 update, the first of which is that players will now be able to declare independence from the parent nation they choose at the start. Before you can strike out on your own, you’ll need to have unlocked all possible concessions, as well as own at least ten military convoys, each with their own captains.

Any cities you held under administration will switch with you and become independent, although you’ll lose any building you have in other cities controlled by your former parent nation. You’ll also be in charge of your own diplomacy, and will need to fight a war of independence against your old masters. 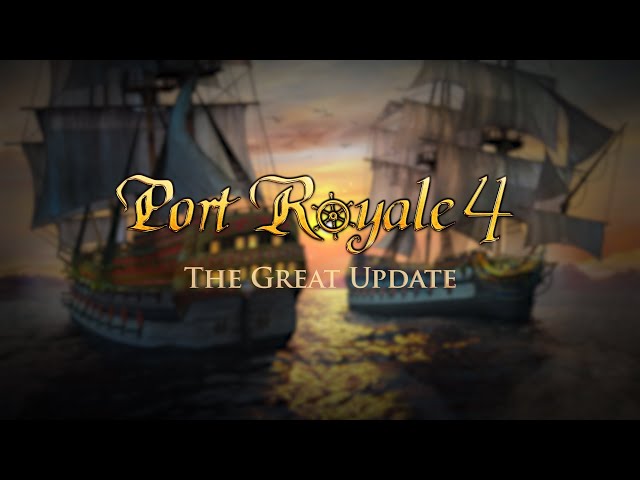 Another big change is the concept of economic ‘shocks’, which will be regional events that will have a severe impact on a local area, with some examples given being a plague of locusts, or even prohibition. These won’t kick in until the player’s company has grown to a certain size, and only one shock can be in effect at any one time, though it can hit multiple regions at once. Only a few are going to be included to begin with, with more being added if the community’s reaction is favourable.

Other tweaks include several quality of life improvements for the turn-based tactical layer, improvements to town management (including drag and drop functions), number scaling, and plenty of other smaller tweaks. You can read the full changelog here.

More like this: The best pirate games on PC

Port Royale 4 is currently 20% off on Steam until December 1 as part of the autumn sale.