There’s a new studio on the block made up of devs who have worked across some of the biggest studios and series in the gaming industry. Called Possibility Space, the studio is headed up by Guild Wars 2 developer ArenaNet co-founder Jeff Strain, and it’s adopting an “innovative” model that brings a team of veterans from studios such as Valve, Ubisoft, Double Fine, EA, and more together through an “ambitious, physically distributed” setup.

It’s not clear exactly what the brand-new studio is working on just yet, though press release materials tease that Possibility Space is looking to “create shared human experiences”, and that Strain is looking to “once again redefine the online gaming experience”. Strain himself says the team’s crafting a “a joyful game that’s been [his] dream for many years”. So, it’s all a bit mysterious for now. However, we do have a good idea of who will be working on this mystery title.

Former Valve and Half-Life: Alyx game developer Jane Ng – who also previously worked as a senior artist at EA Maxis and Psychonauts 2 studio Double Fine – is the new studio’s visual director, while Austin Walker, previously Waypoint’s editor-in-chief and host of the Friends at the Table podcast, is its IP director.

The studio’s model is based on bringing together talented and experienced devs from around the world while letting them “live and work wherever they want”, with its home base in the US city of New Orleans. 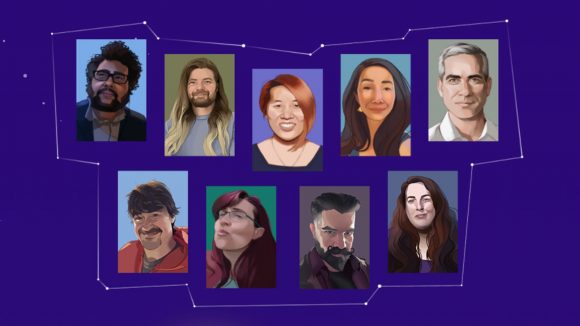 “We felt this was the right time to create something new – a studio built from the ground up to embrace evolving needs and perspectives for both players and developers,” says Strain, who has previously worked on Starcraft, Diablo, World of and Warcraft, as well as Guild Wars at ArenaNet and the State of Decay games at Undead Labs.

“Like many others, the past year and a half has been a fraught time for me. While I am grateful that my family is safe, the anxiety, fear, and isolation of the last 18 months has been almost unbearable at times. That fear and isolation was the catalyst for Possibility Space, a modern kind of game studio, where we are creating a joyful game that’s been my dream for many years. I’m delighted and grateful for the team that has chosen to share in this vision and bring it life.”

If you’re keen to find out more about the studio, you can head to its site for the details at that link. If you’re looking for other new games coming up, you can check out our rundown of upcoming PC games to get ready for.