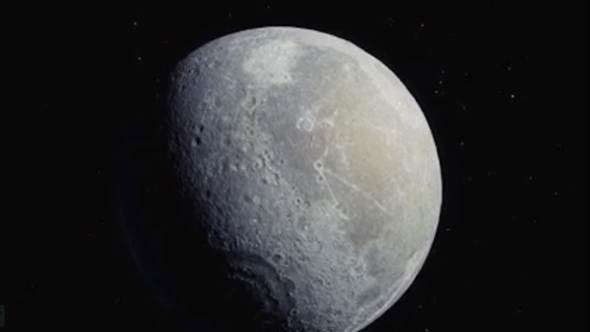 Update, May 18: A mysterious new Prey update offers some hints about the upcoming expansion.

Prey will get a new expansion with a heavy focus on the moon. No, that’s technically not official yet, but Arkane have been teasing the update so thoroughly for the past few months that it’d be more surprising if we didn’t see the new expansion soon. The latest tease comes via a Steam update adding ten new achievements to the game.

Put together, those ten achievements spell out “if you believed they put a man on the moon.” That’s the chorus line from R.E.M.’s 1992 track “Man on the Moon,” a track centered on Andy Kaufman and all sorts of pop culture conspiracy theories. That fits in rather nicely with the cryptic Prey teases we’ve seen so far, as does the additional moon reference.

You can see the achievements yourself on Steam (a shout out lashman on Twitter for spotting them). Redditors note that the update bringing these achievements weighs in at a hefty 152MB – pretty sizable if all there is are some new achievements. Apparently, some of the updates spell out a binary message reading “kasmaseesyou.” Kasma is a rival corporation involved in some industrial espionage during the events of the main game, and one mentioned many times in the previous teases.

The existence of these achievements might suggest that the new thing is a DLC add-on for the main game rather than a standalone release like Dishonored: Death of the Outsider, though this may all be part of an in-game tease rather than back-end preparations for the DLC. Some players on Reddit have reported unlocking these achievements by playing the base game.

We’ll likely know for sure on June 10, which is the date of Bethesda’s E3 showcase, as well as the day teased in some of Arkane’s previous hints.

Original story, March 16:Arkane Studios have been crypticallyhinting for a while nowthat they’re working on DLC for survival horror game Prey, but the studio’s most recent teaser is about as subtle as a brick through a window.

Luckily for us, the developers later tweeted out the original, uncut version of the photo – which is full of teasers.

So let’s break all these teasers down. The biggie is the date, mentioned on both the whiteboard in the background and by the woman holding the calendar – June 10. This could be the DLC’s release date. However it’s more likely this is the date Prey’s DLC will be announced, and Arkane Studios have just been eager to share teasers, asBethesda’s E3 showcase is being held on June 10. 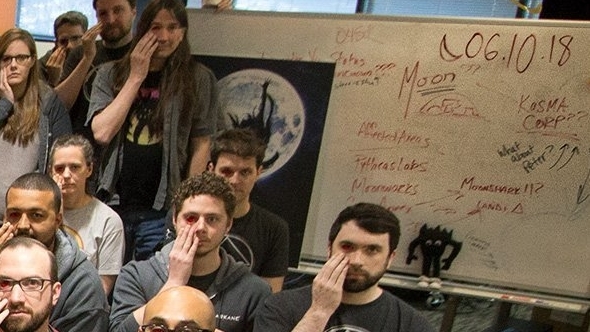 The whiteboard is full of interesting details, including many moon references such as moonshark, and moon labs. So it’s safe to say the DLC will involve the moon, probably as a location. There’s also the mention of Pytheas Labs, which again could be a location for the DLC, named the Greek geographer, and explorer Pytheas. The name Kasma Corp is also mentioned.

The final clue on the whiteboard is “what about Peter?” This could hint that Peter Coleman, a semi-biotics worker you believe to be killed by mimics due to his disfigured face, is in fact alive.

There are also several pictures of wolves being held up by the team members, including one which has the letter “K” beside it. As Redditor SHAPE_IN_THE_GLASS pointed out, this seems to be the logo for Kasma Corp, as a Twitter account was set up under the same name, with the description “LLO 51.61°, 24Km, 165km, 113.65 minutes” – which seem to be coordinates. The Twitter page also tweeted this image, which suggests Kasma Corp operate or upgrade mimics.

There has also been a Reddit account, called Kasma Corp, which has been commenting on Prey DLC-related threads. In reply to a Bethesda employee, the account commented with a binary code which translates to “the moon is a cruel mistress.”

Arkane Studios have not yet officially confirmed a Prey DLC.