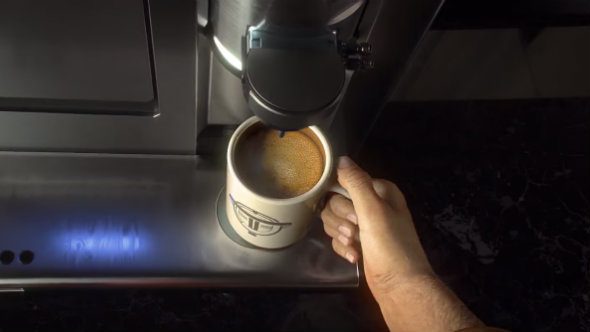 New Prey will let you take your final form… as a mug. We already knew about the immersive sim’s alien-ripped shapeshifting powers, but turning into a sentient mug is just the best.

Being a mug is just one of those videogame things we didn’t know we wanted, until now. If I was a mug that could throw itself around, I’d use my powers to spill tea on everyone I hate, like the worlds shittest supervillain.

In the video above, fresh out of Gamescom, the lovely Joel and Alice chat about Prey, which Joel says is now well and truly on his radar.

The new gameplay footage shows you some of those mug-transforming skills, as well as a glimpse of combat, as our hero seemingly covers the aliens with polyfiller and then finishes them off with a fireball. Standard.

One thing you don’t see in the new footage is an item that lets you recycle the debris in entire rooms. We could do with one for Ben Barrett’s desk.

If you’re a creative video type and you like our stuff, why not come and be the editor of PCGamesN’s YouTube channel. We are hiring and it could be you. No mugs.