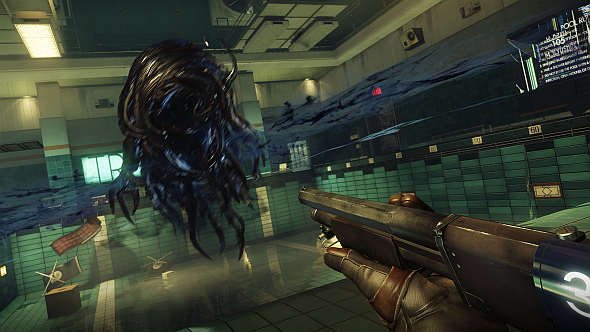 Sci-fi immersive sim Prey has got a new trailer, and it’s all about the protagonist, Morgan Yu. It looks like, besides pitting you against shapeshifting aliens, Prey is going to have a whiff of existential crisis about it: Morgan’s memories are missing and his or her very sense of identity is malleable.

Get your imaginative gameplay muscles all loosened up with one of the best sandbox games on PC.

Morgan can be male or female, and wakes up on a deserted space station with no idea why they’re there. But Morgan has left clues, which you’ll discover as you play – you’ll learn about your past relationships with other NPCs, including your brother, Alex, the president and CEO of the corporation that owns the station. There are lots of opportunities to behave ethically or otherwise, and decide for yourself who Morgan Yu is.

Of course, this is an identity crisis with a unique wrinkle: you’re the subject of an experiment that’s about altering what it means to be human with DNA from an alien species. You can choose how much alien power to adopt, but the more you have, the more alien you are, and that has consequences: gun turrets will start to see you as one of the enemy, and a creature called the Nightmare, which has been designed to hunt you, will appear more frequently.

Prey is on Steam here, and will release on May 6.