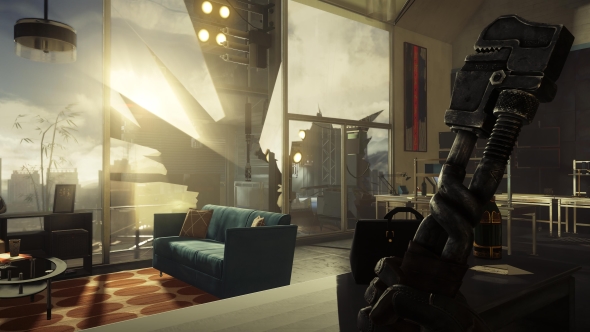 Bethesda have released Prey’s system requirements ahead of its May 4 launch. Prepare your eyes by sticking a massive needle into them.

As well as revealing what kind of rig you’ll need to run the thing, Bethesda have lifted the lid on what extra graphics options us PC players will get access to.

You’ll be able to toggle the detail on objects, you can tweak the shadows and textures, you’ll be able to mess about with anisotropic filtering, anti-aliasing, toggle the FoV, and even mess with screen space directional occlusion and reflection.

Here are the Prey System requirements

Weirdly, there’s no word on how big it’ll be on PC. The system requirements post details download sizes for console, but not for PC.

Check over on PCGameBenchmark to answer the question Can I run Prey?