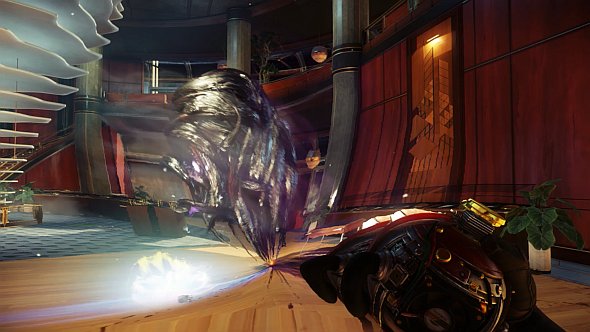 With only a little more than a month to go until Prey’s release on May 5 (how time flies when you lose your memories in an alien DNA splicing experiment), trailers are now flying thick and fast. The latest gives us a look at the interplay between weapons and your alien powers.

Reading a Prey story, eh? Let me tell you about Prey. Here’s everything we know.

Set to a jaunty soundtrack, the trailer is clearly emphasising the ways you can get creative with your box of toys.

Among many other tricks, you can gum up enemies with the gloo gun, toss them in the air with a power called ‘lift field’, and watch them shatter as they hit the floor. You can stick a security bot with a explosive crossbow bolt, possess it with ‘machine mind’, ram it into another bot, then detonate the bolt with ‘electrostatic burst’, taking them both out. You can transform corpses into friendly aliens with ‘phantom genesis’, and sic them on your enemies.

These alien powers will come in three distinct trees – check Bethesda’s website for more details on that – but Morgan also has a range of human abilities, such as hacking, repair and gunsmith. While less colourful, they won’t taint you with alien DNA. In many ways, that’s a good thing.

Another video is promised tomorrow, in which the dev team will discuss the trailer and take a deeper dive into Morgan’s armoury. Thursday will bring “fresh insight into Prey’s mind-altering Neuromod Division”. The hype train is getting into high gear, then.