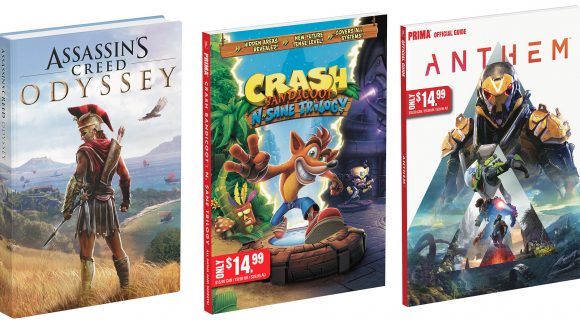 If you played games in the days before easy access to online walkthroughs, the name ‘Prima’ may hold a special place in your heart. Prima Games was one of the largest of game guide books over the course of its three decade history, but the inevitable march of time has brought us to today’s sad truth: as of next year, Prima will be no more.

Publisher Dorling Kindersley will shut down the Prima imprint in spring 2019, and as a result will close offices in Roseville, CA, Indianapolis, IN, and New York, NY. The Roseville office will be the first casualty later this month, but some Prima employees will remain at the Indianapolis office until March to finish out the imprint’s publishing calendar.

Info on the shutdown comes via Publishers Weekly, which reproduced a statement from DK CEO Ian Hudson. “During a year-long extensive review, many new ways were explored to diversify Prima Games publishing; however, the dynamics for us of this fast-paced landscape have continued to prove difficult. This enormously dedicated team has made every effort to turn the business around, but challenging market conditions have unfortunately worked against them.”

People have predicted the death of physical game guides for the better part of two decades, but the final end never seemed to happen. Whether those books were up against free information on GameFAQs or the slightly more recent proliferation of video walkthroughs, they never quite went away. Prima’s recent guides have often been more collector’s items than practical guides – lavish hardcover editions that often include bonus art and behind-the-scenes material.

A handful of Prima guides remain on the docket – including one alongside the Anthem release date – but you won’t see the imprint much longer. Some companies, like Piggyback, remain in the strategy guide business, but the biggest name isn’t long for this world.