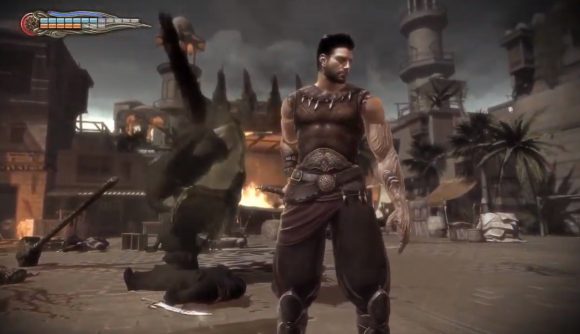 Deep in the dusty halls of YouTube, a video titled ‘Prince of Persia Redemption’ had been resting since 2012. It’s unclear why the video surfaced today – it’s likely that it’s been unlisted for most of this time – but it shows a target render of a cancelled Prince of Persia game. While this title never saw the light of day, it did live on as inspiration early in the development of Assassin’s Creed 3.

Former Ubisoft animator Jonathan Cooper – whose credits also include series like Mass Effect, Assassin’s Creed, and The Last of Us – confirms that the footage is real, and was created under the leadership of animation director Khai Nguyen, who’s now moved onto For Honor. The video does not feature any actual gameplay – it’s a pitch video intended to indicate what the game might look like.

“This target game footage,” Cooper says, “inspired our own pitch for Assassin’s Creed 3 as they did such a great job making it look like real gameplay.” That AC3 pitch video also happens to be available on YouTube.

An earlier cancelled Prince of Persia game, subtitled ‘Assassins’, eventually morphed into the original Assassin’s Creed – so even if we never see another Prince of Persia title again, at least those ideas are going to keep reappearing in another big Ubisoft franchise.

Wow – haven't seen this in ages. Amazing work from animation director Khai Nguyen (For Honor) and team. This target game footage (pre-rendered game pitch) inspired our own pitch for Assassin's Creed 3 as they did such a great job making it look like real gameplay. https://t.co/U9cy7v4fNp

The Assassin’s Creed Valhalla release date is coming later this year, and who knows? Maybe gaming’s Persian prince will have a little part to play in how that Nordic setting comes to life.