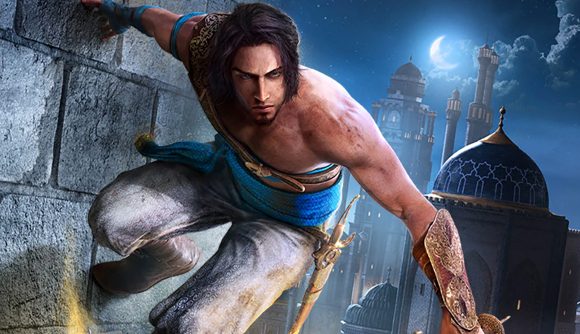 Once upon a time, there was a Prince of Persia: The Sands of Time Remake delay. And then there was another. And now in May 2022, as those sands threaten to claim us all, the Prince of Persia remake release date has once again been pushed back by Ubisoft – although there is some good news, too, as it’s now back in the hands of its original studio.

Without a doubt, Prince of Persia: The Sands of Time is one of the best action-adventure games on PC, and was a huge influence on Ubisoft’s later Assassin’s Creed series – which started life as a new Prince of Persia game. A remake was announced back in 2020 but has been pushed back a lot.

Now, Ubisoft has announced that not only is the platform game‘s remake delayed once again, but the teams behind the project have been pulled from its development. While the publisher doesn’t admit if the work by Ubisoft Mumbai and Ubisoft Pune has been scrapped, it suggests that the new team is “building upon” it.

The good news is that the new team is Ubisoft Montreal, the principal developer behind the Assassin’s Creed series and the original studio that made The Sands of Time and all of the other Prince of Persia games. Ubisoft says the new team can “take the time they need” to deliver the remake, “when it’s ready”.

An update on the development of Prince of Persia: The Sands of Time Remake pic.twitter.com/8xQpqyPSwQ

Look, just go and play Assassin’s Creed Valhalla instead. You’ll have finished it by the time Prince of Persia: The Sands of Time Remake is out.