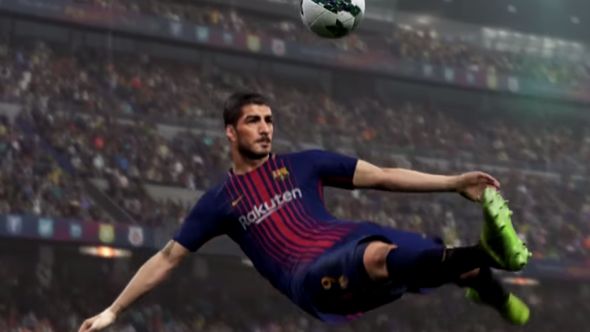 The Pro Evolution Soccer 2018 demo will be available from August 30, and will include Liverpool, Borussia Dortmund, and Barcelona, as well as the German and Brazilian International teams.

In a Gamescom trailer, which you can see above, Konami announce that the game will arrive in the US on September 12, and in Europe and Australia two days later, on September 14. The trailer also details the various pre-order and special edition bonuses, all of which contain Usain Bolt, for some reason. He’ll be featuring alongside David Beckham.

There’s not a whole lot to the trailer other than plenty of gameplay and some fancy-looking cinematics. Although, towards the end of the video, there’s a very happy-looking Luis Suarez, who also features on the cover of physical copies of the game.

Pro Evolution Soccer 2018 releases on September 12/14 for PC, PS3, PS4, Xbox 360, and Xbox One. There is currently no official release date for other regions.