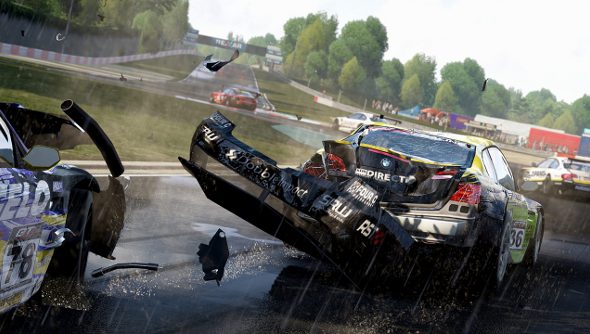 Project CARS has been knocking around for a while. We saw it for the first time back in 2012 and it has since launched on Early Access. Slightly Mad Studios has teased a few different release windows, from early 2014 to November, which is not early at all. And it looks like it’s been pushed back once again, and we’ll be waiting until March 17th for it to pull in.

It might be worth the wait, though. Our resident racing enthusiast, Rob, called it one of the 10 best racing games on PC back in the summer.

The delay does seem quite sensible. November is going to be a hectic month, with the likes of Dragon Age: Inquisition and Assassin’s Creed due out, and then in early December Ubisoft’s The Crew launches as well.

“Our goal has always been to deliver a landmark title that encompasses the wishes and desires of racing fans from all around the world; something with features and content powered by the community that provide a truly unforgettable and pioneering experience” said Ian Bell, head honcho at Slightly Mad Studios. “Whilst a tough decision to make, the change in release date allows the game the greatest chance of success and visibility, and the opportunity to polish the game even further to the high standards that both ourselves and our community demand and expect. We’re eager for you all to see what we’ve been working on in just a few months.”

Here’s what Rob has to say about the Early Access version:

“Project CARS is not just beautiful, but its vehicles and tracks are lovingly recreated and wonderfully diverse. You can drive classic F1 deathtraps around modern race courses, or take a LeMans car around the dazzling and under-utilized Watkins Glen race track (which rivals Spa for hilly grandeur). Or you can say to hell with all that noise and hop into a kart.”