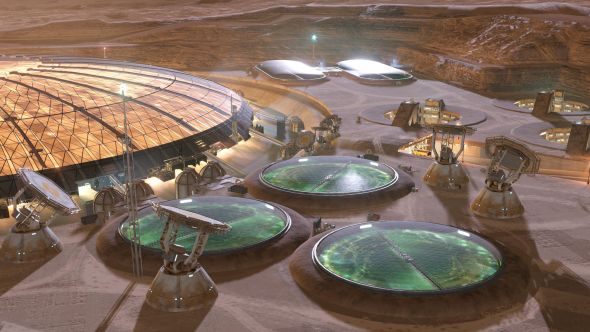 Over two months after Blackbird Interactive released a few tantalising screens of sleek black jets, their latest project has been unveiled.

Blackbird Interactive are collaborating with NASA’s Jet Propulsion Laboratory on Project Eagle, an interactive model of a Mars colony.

The model will be demoed live on stage by the JPL’s Dr Jeff Norris at DICE tomorrow. He will be joined by Blackbird’s CEO Rob Cunningham and CCO Aaron Kambeitz.

“It’s been a profound honour and pleasure for us here at Blackbird to work with Jeff and the JPL team to dream up what a future base on Mars might really be like, and to deliver that experience as interactive art,” says Cunningham.

Blackbird say they aim to emulate legendary space artist Chesley Bonestell in inspiring a new generation to dream of human settlement beyond Earth, and to support the exploration and colonisation of the solar system. 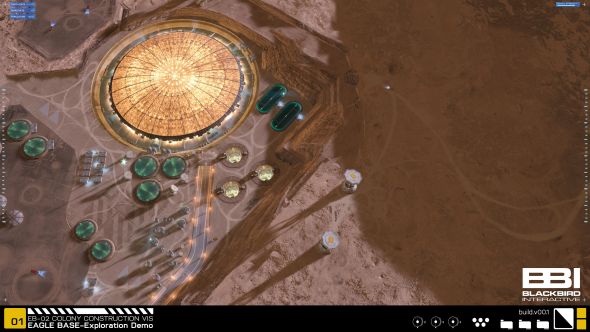 Intriguing though this is, the screens bear little resemblance to the black jets we saw in January’s images. Expect to hear more about Project Eagle when it’s demoed at DICE tomorrow.

Update:Blackbird have confirmed to us that there’s no relation between Project Eagle and the images of the black jet “except the artist”. The jet could thus still be a tease for another game, but naturally, Blackbird wouldn’t say more.