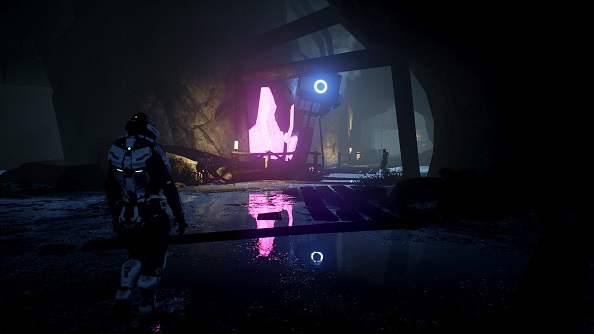 Project Genom is an early-access Sci-fi MMO set far in the future on the on the planet of Avalon. After destroying planet Earth, humankind has long since moved on and established a new home on Avalon, however humans aren’t the only species in the galaxy keen on colonising. You’ll need to defend your new motherland from mysterious forces, mastering skills, weapons and using alien technology against your foes in order to turn the tide in this war.

We’ve got 100 copies of this Sci-fi MMO to give away, along with a selection of bronze, silver and gold packs for some extra in-game goodies, and all you need to do for a chance to win is enter via our widget below. We’ll also need your email, but not for anything fishy – we just need a way to contact you should you win a key!

If so, you’ll be given a code to redeem on Steam. Just click the ‘Add A Game’ button at the bottom of the Steam client window, and ‘Activate a Product on Steam’. Follow the instructions, download the game, and get playing!

If you like free stuff we’re always giving away, pop over to our Facebook page and give us a Like to stay in the know about our future giveaways.