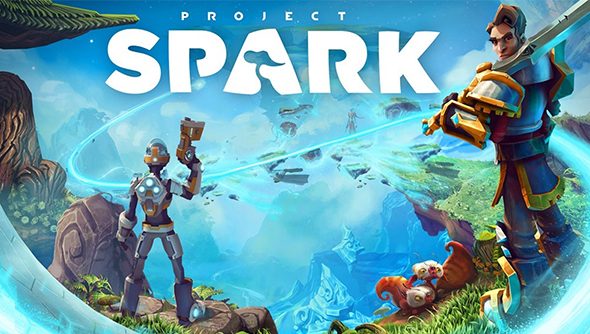 After a heap load of hype, a stack load of updates and a barrage of user generated content, Microsoft has announced that its one time poster child Project Spark is to be pulled from the Windows Store next week.

A fan of open worlds? Check out our run down of the best sandbox games on PC.

Project Spark – which Microsoft described as a “digital canvas” when it was unveiled for Windows and Xbox One back at E3 2013 – has been gradually wound down by the American giant since September 2015, when the development team stopped developing additional content.

The plan now is to pull Project Spark both from the Windows Store and Xbox One on May 16, with online services being similarly culled three months later on August 12. Microsoft has said players will have until that date to ensure they’ve downloaded any user generated content they want in order to continue to play the game offline.

“This was an extremely difficult decision for our team that we do not take lightly,” offered the game’s Community Manager, Thomas Gratz. “When Project Spark transitioned away from active development last fall, many of our team members moved to other projects within Microsoft Studios.

“While this means there have been no layoffs at Microsoft, it also means it’s simply no longer feasible to continue the behind-the-scenes work involved with keeping Project Spark up and running with meaningful updates and bug fixes, so we have come to this hard decision.”

Gratz claims Microsoft is keen to “celebrate the accomplishments of our team and community of creators and players.”

“Our team released 46 content packs, thousands of assets and 16 updates since launch. We produced hundreds of livestreams and videos to educate and celebrate our community. In turn, our passionate fans have then gone above and beyond supporting Project Spark by uploading hundreds of thousands of creations and dreaming up millions of objects, behaviours, and experiences.”

Though Project Spark never caught fire in quite the way Microsoft intended, it was a genuine attempt by the firm to ingratiate itself with gamers – a particularly canny move, given the damage the Xbox One’s initial reveal is believed to have done.

You can read more about Project Spark’s ‘sunsetting’ over on the game’s official forum.