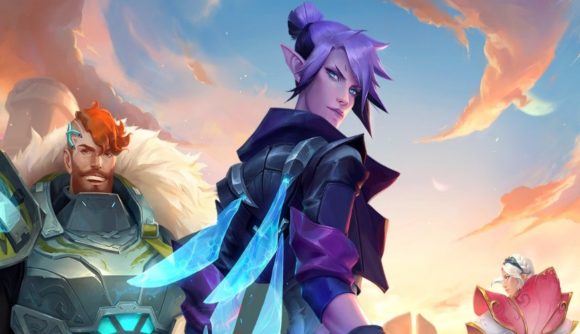 Vela Games, a new studio run by former League of Legends devs from Riot Games, has launched sign-ups for early alpha testing of a brand new PC game. The working title for the game is Project-V, and it has been lovingly called a MOCO (multiplayer online co-op) by the team working on it.

Project-V is part PVP, part PVE and the developers are aiming to make a game that appeals to both players that crave competitive play, and those of you that want to have a more relaxed time with friends. Vela Games hopes to reimagine how gamers play together competitively by creating fast-paced, skill-based experiences all while nurturing a positive social scene to help eliminate toxicity.

“It’s still early days for Project-V, but we’re thrilled to offer a sneak peek at a few of our characters, and let a small pool of players test out what we’ve been working on as soon as possible,” co-founder and CEO Travis George says. Testing will begin in 2021 but there is no date set in stone at the moment.

If you are interested in signing up for news, sneak peeks, and early testing access, head on over to the Vela Games website and check out the handy FAQ.