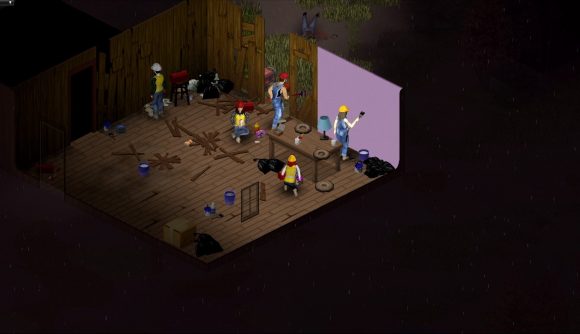 Build 42 will rebalance mechanics like traits, professions, and skills, and will “begin the expansion of the ‘tech tree’ (as in the soft emergent tech tree from recipes, not an ‘unlock via tech points’ type of tech tree) of the game significantly to provide a more rich end-game experience”, as the devs explain in a blog post.

“While we may not hit this spot in our first build, our ultimate goal is to provide significantly extra crafting potential to allow players to effectively create a post-apocalypse nu medieval community, to provide plausible alternatives to any of the lootable items in the game that would logically be plausible with the correct skills and resources so players don’t feel pressured to restart the early game repeatedly to get long term fun out of the game.”

In essence, the devs want to expand those mechanics so that players aren’t just “intentionally replaying the early game because there is no real late game”. This sort of community-building would require group effort – whether by folks in multiplayer or NPCs – and a lot of time so it won’t be compulsory.

The devs already detailed some plans for NPCs in a recent interview, and we’ll start to see those features implemented in Build 43, but the devs are still deciding what’s coming first. “It could include autonomous NPCs that the player can group with, it could primarily include the reintroduction of the story mode, it could have NPC animals, or that could come later.” 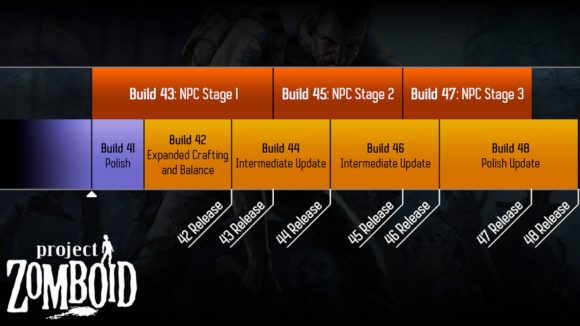 For now, if you’re looking for more zombie games, you can follow that link.