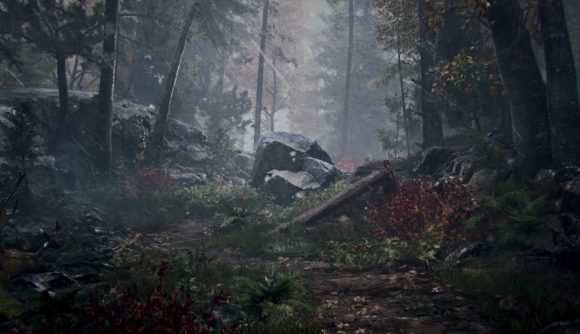 The next project from PUBG creator Brendan ‘PlayerUnknown’ Greene was first teased last year as a big-scale experiment in building triple-A open-world games through procedural generation. Exactly what the ‘game’ part of that experiment will be remains to be seen, but Greene is showing off an early tech demo and the team’s goal of “planet-sized worlds”.

“Today I want to share a proof-of-concept tech demo from early last year,” Greene says in a tweet. “This gave me the confidence to think about planet-sized worlds and the possibilities they could afford players.” The demo, which you can see below, is described as a “proof-of-concept” showing a 64x64km map of “runtime generated terrain”.

This comes as part of a hiring push at PlayerUnknown Productions, and job listings say that the studio aims to “push the envelope of what is possible with open worlds in gaming. Our goal is to build deep, systemic playgrounds hundreds of kilometers wide and populated by thousands of players.”

In other words, it’s a lot of the same stuff that the team has been teasing since the Prologue reveal last year. We just get to see a bit more of it in action now.

Today I want to share a proof-of-concept tech demo from early last year.

This gave me the confidence to think about planet-sized worlds and the possibilities they could afford players.

If you want to help us make these worlds, we are hiring!https://t.co/MUO49PS2KG pic.twitter.com/wDef2Jz34T