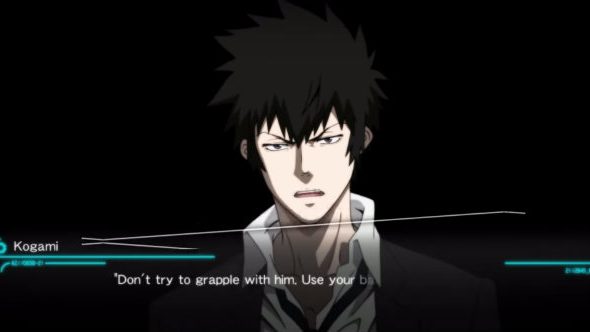 I always thought Psycho Pass would make a great game – exciting fights, moral dilemmas and investigating crime scenes all seem like good source material. While the 3D action game I envisioned isn’t coming to pass, we are getting a visual novel, so at least the moral dilemmas are covered.

I’m not really an anime fan. I watch the odd one every now and then, and I lose interest in most. Psycho Pass held my attention right up until the final twist, however. It’s just great and you should watch it.

Enforcers are the law, but they also have criminal tendencies, hence why they’re so comfortable with killing. However, these are also closely watched and, if they slide too far, they can end up being the next target. It’s good stuff.