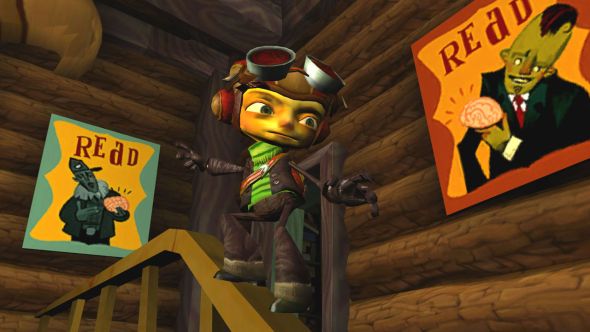 Double Fine, the developers of keenly-anticipated platform sequel Psychonauts 2, have announced that the game will be published by Starbreeze Studios. These are the guys who made Brothers: A Tale of Two Sons, and who now own Payday 2 developers Overkill Software.

Psychonauts is almost twelve years old. For some even older classics, check out our list of the best old games on PC.

The news comes via the Psychonauts 2 Fig crowdfunding page, where Double Fine say “we’re really excited to be working with a publisher that has such a strong background in development, it makes them a perfect partner in our eyes – we’re confident this will be a great marriage, and that our game babies will be the most handsomest of all time.” Sic, obviously.

Nothing much will change from a consumer perspective – we just know where the rest of the money is coming from. All backers and investors are still entitled to everything they were before, say Double Fine.

Starbreeze moved into publishing in 2015, and launched an indie publishing label in November last year.

The rest of Double Fine’s announcement covers development updates – full production hasn’t started, but design meetings have locked down most of the game in concept – and discussions about the art style. You can see an art test on YouTube here.

Players will reprise the role of Razputin in Psychonauts 2, which picks up directly after the events of the first. Raz starts his career as a psychonaut – a psychic spy – but is soon torn between their laws, his loyalty to his friends, and a secret mission that could undo everything for which he has fought.

The original Psychonauts was a 3D platformer in which Raz entered the minds of other characters and helped them conquer their mental demons. It was released in 2005 to great critical acclaim, if underwhelming sales, but gained a second wind thanks to its cult following and a relisting on digital distribution platforms.