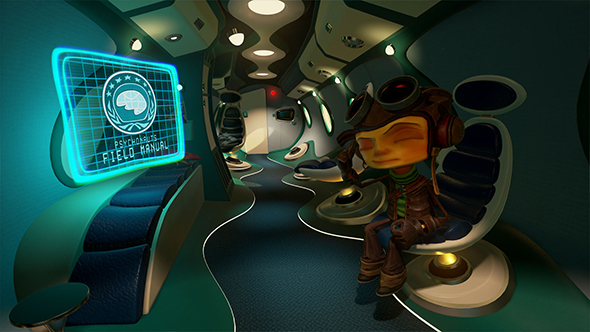 Psychonauts launched on PC and in our hearts thirteen years ago today, and Double Fine have a special gift in store for that most lucky of birthdays. And by “gift” I of course mean the opportunity to exchange money for an entertainment product. Psychonauts in the Rhombus of Ruin is now available on PC.

Rhombus of Ruin has actually been out for well over a year now, but up until now it’s been exclusive to PlayStation VR. Today’s update makes it compatible with Vive and Oculus Rift headsets – and yes, it is VR-exclusive. It’s currently $15.99 / £12.39 / €15.99 on Steam, accounting for a 20% launch week discount.

The story picks up immediately after the events of the original Psychonauts, once again putting you in control of Raz as you use your psychic powers to delve into the ruinous Rhombus, save your boss, defeat his kidnapper, and escape the locale with your mind intact.

If you’re looking for more of a traditional adventure with Raz and the crew, Psychonauts 2 is still on the way, though it has been delayed past its original release date of this year. Console yourself with some gameplay footage.