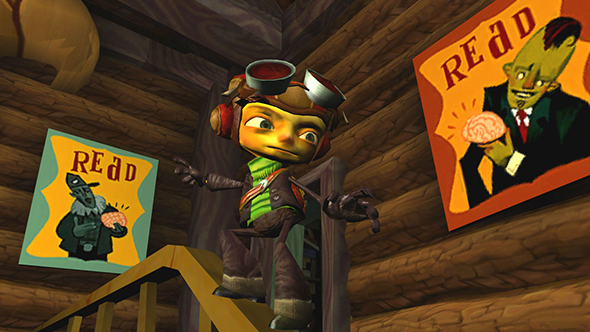 Double Fine launched in 2000 when Tim Schafer and other LucasArts veterans decided to break away and do their own thing. Their first game, Psychonauts, released in 2005 and quickly became a cult classics. But apparently, neither Psychonauts or Double Fine themselves would exist without some help from legendary game designer Will Wright.

Get into the indie spirit with the best indie games on PC.

In an interview on Kotaku’s Splitscreen podcast, Schafer discusses the early struggles securing a publisher for Psychonauts. It was canceled in the midst of development, leaving the studio – about 30 people at the time – in need of funding so they could finish a project they’d already spent years on. “I was really desperate,” Schafer says, “and I didn’t want to make this phone call, but I did, I had to try to save this company.”

Schafer called SimCity and The Sims creator Will Wright, who had recently sold Maxis to EA. “I was like, ‘He might have enough, but I don’t know.’ It feels so rude to ask for money. But it’s either this or horrible things happen.” So in exchange for helping the studio make payroll, Schafer offered Wright 10% of Double Fine.

The next day, “he called back and he said his lawyers had said he was not able to own stock in another game company—it’d be a conflict. I was like, ‘Oh god.’ And then he was like, ‘So I’m just gonna give you the money.’ And I was just so blown away from that.” Schafer says once they were “re-signed” – presumably to Majesco, Psychonauts’ eventual publisher – they paid Wright back and “he was lovely about it.”

“I was really lucky to have him do that, but I was also really, really touched because it was such a hard time.” Schafer says “It made me realize that to the extent that I ever am in a position to help out indies, or other people, it makes me realize what it’s like to be on the end of it. Pay it forward.”

These days, Double Fine are working on Psychonauts 2 with Starbreeze as publisher, though it won’t be making its way out until next year at the earliest.