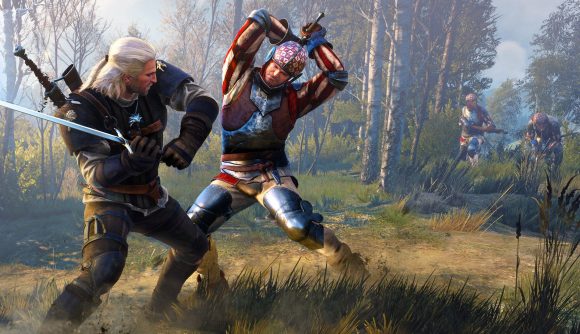 Update – July 29, 2021: Krafton has offered comment on its ‘Project Windless’

Krafton has told us that, “while [it] obviously admire[s] the multimedia success of The Witcher, it was actually select members of the media” who made the comparison between the studio’s novel-inspired multimedia franchise to The Witcher. The studio also says that “The Bird That Drinks Tears is an amazing IP that features in-depth lore and an incredible new world,” and that it “see[s] immense value and untapped potential in the IP, and there is ample opportunity to expand that IP through a variety of mediums – not just games”. However, it still sounds like the multimedia project could still have appeal in a similar vein to The Witcher series based on what’s been revealed so far. Original story follows.

Earlier this year, PUBG developer and publisher Krafton announced it was going to be expanding a Korean fantasy novel called The Bird That Drinks Tears into a “multimedia franchise”, bringing renowned Hollywood concept artist Iain McCaig on board to help bring it to life. Beyond this, nothing was known about what the studio was cooking up other than its codename ‘Project Windless’, but now it looks like Krafton’s got a fantasy game in the works that’s reportedly like a “Korean Witcher”.

PUBG dataminer PlayerIGN has been reporting on a Krafton press conference held today – and in the South Korean language, it seems – on Twitter, and one of the topics that seems to have been covered is this fantasy novel-inspired IP.

PlayerIGN reports that a game has been announced that’s inspired by The Bird That Drinks Tears, and that – similarly to what CD Projekt Red has achieved with Andrzej Sapkowski’s Witcher IP –  Krafton is looking to expand this game into other media – for example, film and comics, according to the tweet. According to a follow-up tweet, this mystery game could be a single-player, dark fantasy RPG, and in another PlayerIGN reports that Krafton has described this title as “Korean Witcher”.

It’s worth noting this is unconfirmed right now, but we’ve reached out to Krafton for comment as well as more information on this game, such as whether it’ll come to western markets. For now, though, the prospect of another huge fantasy adventure inspired by a hugely popular novel (Krafton previously said the book has sold “millions of copies”), is a pretty exciting one.

The Witcher is a series of fantasy novels, a popular video game series, one of the most popular shows on Netflix, and recently received an animated film.

tl;dr
they want to recreate this success with a Korean fantasy novel. pic.twitter.com/DyPhRYSU3I

Elsewhere at the press conference, it looks like Krafton revealed some more details about other goodies it’s got in the works, such as a new survival game called “PUBG Cowboy”, some kind of project codenamed Titan, and release windows for upcoming mobile game PUBG: New State and survival horror game The Callisto Protocol (October 2022 reportedly, though again this isn’t confirmed just yet).

For now, be sure to check out our rundown of the upcoming PC games to keep a weather eye out for. We’ll update this story if we hear back from Krafton.