A mask has been pulled from PlayerUnknown’s Battlegrounds after Korean fans objected to its design. The mask sported a design inspired by the Rising Sun, which is the flag displayed by the Japanese Imperial Military, and later the Japan Self-Defense Forces.

The mask appeared in an item pack released on July 14. On the same day, a player noticed that one of the game’s bots was named ‘Unit 731’. Unit 731 was a division of the Japanese army that developed chemical weapons and conducted human experiments on Chinese, Korean, and Russian prisoners of war, while also committing other war crimes. This name has also been removed from the game.

The Rising Sun symbolism is found to be offensive to many people in Korea and China, due to the Empire of Japan’s expansion into Asia in the late 19th and early 20th centuries. The symbol is also taboo in Japan, where it carries connotations of far-right ideology and ultra-nationalism.

The South Korean publisher that distributes the game, PUBG Corp. (whose parent company is the Seoul-based Bluehole), has issued an apology for the cosmetic item via The Korean Times, stating: “We apologise for causing concerns over a pilot mask item. We will conduct an overall re-examination of our image production process to prevent such a recurrence. We will enhance procedures to scrutinise game items before their release and hold the person in charge responsible.”

It’s possible that the flag was included without knowledge of its connotations, as in the Western world the symbol is seldom recognised for its historical context, and simply seen as exotic imagery. The Japanese-American frontman of metal band Trivium even uses a custom guitar adorned with the flag. The inclusion of the reference to Unit 731 is more suspect given its relative obscurity. 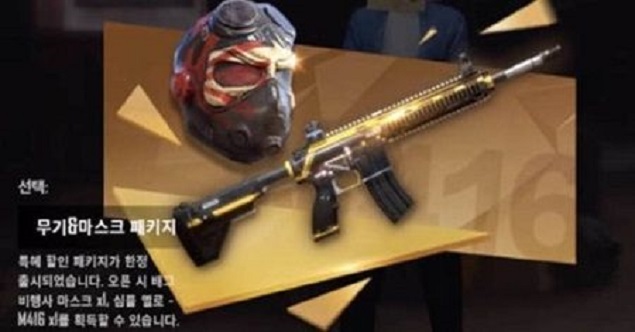 This isn’t the first time an online game has found itself in hot water for imagery on its cosmetic items. Bungie was forced to remove a set of gauntlets from Destiny 2 last year for bearing a striking similarity to the ‘Kek’ logo. The Kek movement is an online subculture associated with the alt-right and white nationalism. In 2013, Wargaming.net removed the Rising Sun flag from it’s MMO World of Warships due to complaints from South Korean players.