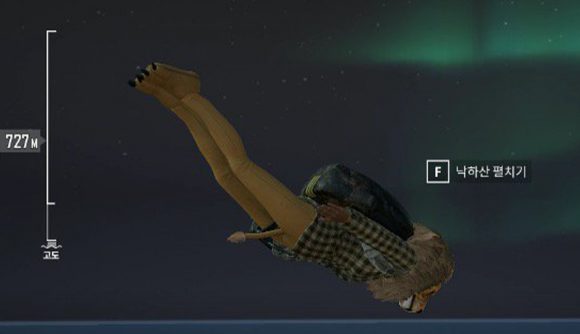 PlayerUnknown’s Battlegrounds has launched a fresh set of Halloween skins just ahead of the start of spooky season, and besides some pirate looks and an inexplicably sexy skeleton, there are also some Wizard of Oz-themed costumes. Leo can be purchased with BP, but there’s one issue – the lion suit’s tail is a little, er, stiff.

Literally, the suit’s tail doesn’t flop in the wind as it should while you’re dropping out of the plane. Instead, it rigidly points straight forward, straight between your character’s legs. Yep, it totally looks like a penis.

“Please be aware that the ‘Leo Jumpsuit’ is temporarily unavailable for purchase as we work to resolve an issue related to this skin,” the PUBG support account says on Twitter. “Any players who have already purchased the skin will have their BP refunded.” There’s no confirmation that this is in fact due to the phallic visual glitch, but as Dot Esports notes, that’s definitely what everyone thinks. We’re certainly not going to argue.

I guess the proof will be in just how flaccid that tail is when the skin makes its return.

In terms of meaningful gameplay changes, PUBG’s survival mastery is the important addition for the game’s immediate future – a new form of progression that tracks your general skills, similar to the existing weapon mastery system.